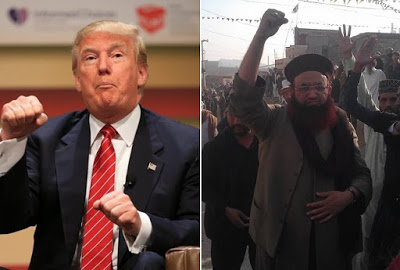 As the rest of Pakistan commemorated Prophet Mohammad’s birthday, a charged mob of around 1000 men besieged a mosque belonging to Ahmadi Muslims, injuring several people. At least one Ahmadi Muslim is reported to have passed away due to a cardiac arrest as the mob threw stones at the place of worship, demanding the control of the mosque be passed onto them.

Dark as it is, it is an incident which is unfortunately neither unprecedented nor isolated in occurrence, and sheds light on the horrendous discrimination against Ahmedi Muslims in Pakistan, purely on the basis of their religious beliefs.

Ahmadi Muslims believe a Messiah by the name of Mirza Ghulam Ahmed was sent by God in the 19th century to revive Islam, and that this Messiah’s arrival was foretold by Prophet Mohammad in his lifetime. This is considered to be heresy, and there is an almost universal consensus among traditional Muslims on the ex-communication of Ahmadis from the fold of Islam.

Ahmadi Muslims have faced social discrimination since the inception of their sect in 1889, however these attitudes were given legitimacy by the state for the first time in 1974 when Pakistan’s parliament passed a law that officially declared Ahmadis as non-Muslims to appease far-right religious parties which were growing in influence. In 1984, under the rule of the dictator General Zia-ul-Haq, Ahmadis were banned to identify as Muslims in any way, many of their mosques were shut down, and they were forbidden from making the pilgrimage to Saudi Arabia.

Between 1984 and 2016, 27 Ahmadi mosques were demolished, 32 were sealed by the government, 21 have been set on fire and/or damaged, 17 were forcibly occupied and 53 not allowed construction. Such is the fate of Ahmadi Muslims in Pakistan that they face oppression and persecution both from the state and the populace. In fact, to add insult to injury, it is a legal requirement for every Pakistani â€“ who wants to renew or apply for a new passport â€“ to declare that Mirza Ghulam Ahmad was an impostor prophet and anyone who follows him is a non-Muslim.

Naturally, with such demonisation of an entire community â€“ not only going unchallenged but sponsored by the very state that is supposed to protect minorities â€“ Ahmadi Muslims are on the receiving end of numerous hate crimes and allegations of blasphemy (a crime punishable by death in Pakistan). Moreover, it is not uncommon to find, especially in rural areas, banners placed in shops which refuse service to Ahmadis.

“I do not have much hope that the clergy would reform overnight, but the fact that the State sides with their mischief and fails its Ahmadi citizens time and again is hurtful,” says Kashif Chaudhry, an activist from the Ahmadi community. “The State must protect all its citizens and not discriminate based on faith and creed. It is telling that this attack on Ahmadis in Chakwal comes days after the State itself arrested Ahmadis for ‘excessive use of the Quran’.”

It would behove such Muslims to come to the realisation that the fundamental human rights they expect to receive in the West should also extend to the treatment of minorities in Muslim-majority states.

To be absolutely clear, this is an apartheid of the worst kind which has been underway for several decades now. It is incredibly ironic that a country like Pakistan, whose conceptual foundations were built on safeguarding the rights of Muslim minorities in India, now treats its own minorities with such disdain and callousness.

To me, the lack of introspection and critical thought among the general populace is emphasised the most when Pakistani Muslims, who hold discriminatory beliefs against Ahmadis, cry foul of the policies against Muslims put forward by Donald Trump, the president-elect of United States. As horrendous as they are, they can never compare with the systematic wholesale persecution of Ahmadis in Pakistan.

It would behove such Muslims to come to the realisation that the fundamental human rights they expect to receive in the West should also extend to the treatment of minorities in Muslim-majority states. Paying heed to the Golden rule of ‘Do unto others as you would have them do unto you’ should take us a long way.

This content-post is archived for backup and to keep archived records of any news Islam Ahmadiyya. The views expressed by the author and source of this news archive do not necessarily reflect the views and policies of iRabwah. iRabwah is not an organ of the Ahmadiyya Muslim community, nor in any way associated with any of the community’s official websites.
abuse of the, Ahmadis makes, Donald Trumpâ€™s, look tame, Muslim ban, Pakistanâ€™s