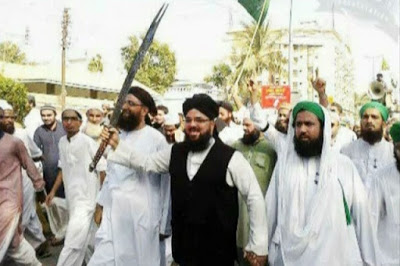 The mosque has dumped any plans to host the controversial cleric â€“ and thanked The Sunday Post for alerting them to the preacherâ€™s background.

MOSQUE leaders have praised The Sunday Post for warning them they had booked a hate preacher so extreme heâ€™s banned in Pakistan.

The booking came despite the fact the preacher had been banned in his native Pakistan for his hardcore message.

The cleric has openly praised a murderer linked to the killing of Glasgow shopkeeper Asad Shah, 40, who was stabbed 27 times by killer Tanveer Ahmed, 32, after wishing customers a â€œHappy Easterâ€.

Now, the mosque has dumped any plans to host the controversial cleric â€“ and thanked The Sunday Post for alerting them to the preacherâ€™s background.

â€œThe mosque would never knowingly give a platform to views that counter our beliefs of tolerance and non- violence,â€ he said.

â€œWe would like to take this opportunity to thank The Sunday Post for raising this issue and would like to reiterate our communityâ€™s zero tolerance for hatred or violence of any kind.

â€œFollowing engagement with members and our own youth committee, Falkirk Central Mosque will ensure that progressive values are promoted and where possible will work with Police Scotland to ensure community safety.

â€œIn addition, the mosque committee is reviewing its procedures when allowing an external booking to ensure this never happens again.â€

Concerns were raised about Syed Muzaffar Shah Qadri with British authorities before he arrived from Pakistan last month.

Sources claim a Home Office anti-terror line was tipped off about the cleric. However, The Home Office has refused to be drawn on the issue.

The murder of Asad Shah in March sparked anger across Scotland.

The shopkeeper was stabbed repeatedly by Ahmed, who has been caged for at least 27 years for the crime.

At sentencing judge Lady Rae described the attack as â€œbarbaricâ€.