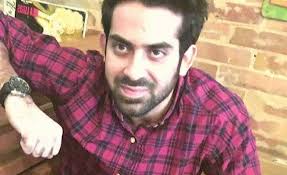 LAHORE:Â A student of Lahore University of Management Sciences (LUMS) was found dead in his hostel room on Monday.

Defence B SHO Ziaul Haq told The Express TribuneÂ the student died due to heroinÂ overdose. â€œAnÂ autopsy willÂ not be carried out as requested by his family,â€ Haq added.

In a note to students and faculty, LUMS administration said,Â â€œIt is with deep sorrow that we are writing to share very tragic news: Our MIMS student and hostel resident Shahmir AsifÂ Bajwa has passed away.â€

Shahmir was found â€˜unresponsiveâ€™ in bed in his room on December 12. LUMS administration was informed immediately after he was found and ShahmirÂ was immediately shifted to National Defence Hospital, where the doctors said he had expired earlier during the day.

Shahmirâ€™s family reached Lahore from Karachi today as they were unable to earlier due to fog. A resident of Karachi, he was a student of Accounting and Finance in his fifth semester.