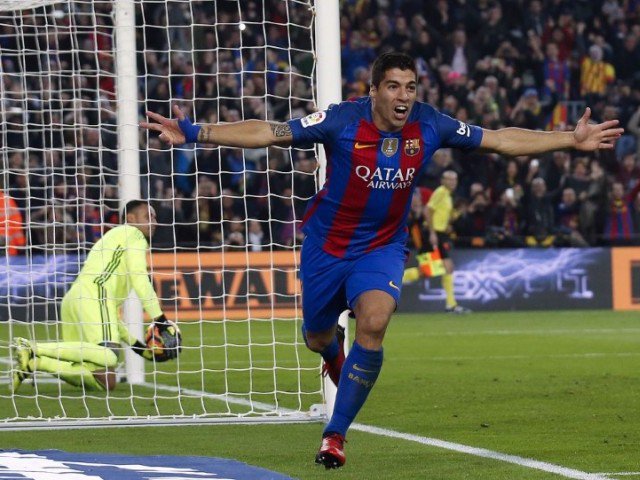 â€œSuarez is going to get a renewed contract very soon, itâ€™s done, just a few small details need to be sorted and weâ€™ll announce it in the next few days or weeks,â€ Bartomeu told Uruguayan radio station Cadena Celeste.

â€œIt will be a great Christmas present, not necessarily for Luis as he already knows heâ€™s going to continue here, but for football fans. For us he is an important character, he forms part of this spectacular trident we have, which helps the entire team function,â€ he added.

Suarez has won eight trophies since joining Barcelona from Liverpool in 2014, including two La Liga titles, two Kingâ€™s Cups and the Champions League. He is the clubâ€™s joint top scorer in the league this season alongside Messi with nine goals.

Bartomeu added: â€œWe want [his contract] to be even longer, but for the moment he will sign until 2022. You have to adapt to the rules, which have a maximum contract length. We want Luis Suarez to stay at the club for many more years. And when he retires, he will always be welcomed back at Barcelona.â€