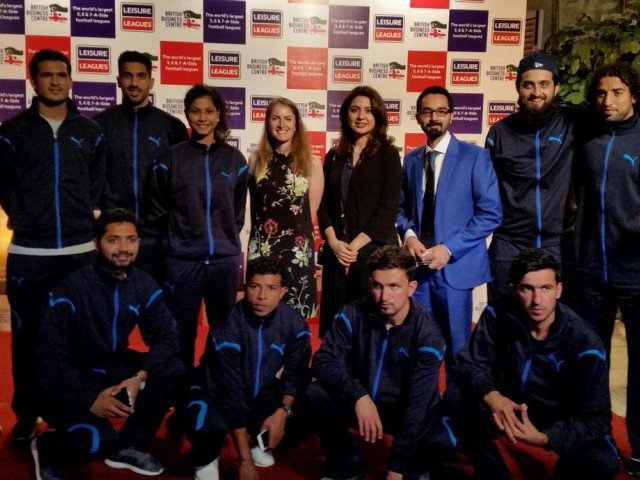 KARACHI: Pakistan national football players, including Kaleemullah, captain Hassan Bashir and womenâ€™s team captain Hajra Khan, hailed the launch of the Leisure Leagues in Pakistan which was announced at the British Deputy High Commission office in Karachi on Monday.

â€œLeisure Leagues is a very positive step as it will help unearth players who can represent Pakistan in the future,â€ Kaleemullah told The Express Tribune. â€œWe desperately need a league system as that would help groom the youth into professional footballers.â€

The organisation has been active for the past 25 years and its president Tim Ollerenshaw revealed that they have plans to launch their operations in Pakistan from next year.

The leagues structure is such that it is not limited to just attracting professional players; it will try to rope in anyone who wants to play football, and this is an aspect which excited Pakistan midfielder Muhammad Adil the most.

No Pakistan at AFC Solidarity Cup

â€œThe best thing is that anyone can play these leagues and that will give a lot of opportunities to many people to showcase their skills,â€ he said.