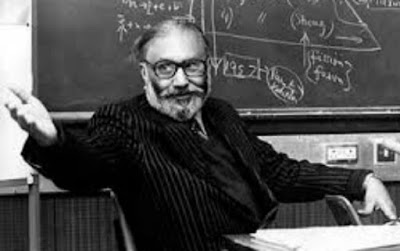 ISLAMABAD: Making amends for a historic injustice, the incumbent government has decided to honour the first Nobel laureate physicist of Pakistan, Professor Abdus Salam, by renaming the National Centre for Physics after him.

Academics and campaigners have long struggled to name a university or higher learning or research institute after Dr Abdus Salam who belonged to the Ahmadiyya community. No government could muster courage to honour the globally acclaimed physicist for fear of reprisal from the religious right.

Prime Minister Nawaz Sharif on Monday gave approval â€˜in principleâ€™ to renaming the National Centre for Physics after Dr Salam, directing the Ministry of Federal Education and Professional Training to forward a formal summary in this regard for approval of President Mamnoon Hussain.

The prime minister has also approved grant of five fellowships annually to Pakistani students for PhD in physics through the Higher Education Commission at reputed international universities. The programme has also been named Professor Abdus Salam Fellowship.

The centre situated near the Quaid-i-Azam University is an autonomous body funded by the government of Pakistan. It was the brainchild of Dr Salam who envisioned establishing a national centre of excellence in Pakistan in 1976 where scientists could work in physics in collaboration with international scientists.

But opposition from past governments and religious bigotry had forced him to leave the country for Italy where he established the International Centre for Theoretical Physics (ICTP) in Trieste.

In 2000, the National Centre for Physics was founded by the late Prof Dr Riazuddin and nuclear physicist Dr Ishfaq Ahmad, fulfilling the wish of Dr Salam.

The prime minister in a statement said the decision was taken â€œin recognition of the great contributions of renowned Pakistani physicist Dr Mohammad Abdus Salamâ€.

Academics and activists, who waged a long struggle to recognise the scientist as a national hero, have commended the decision.

â€œRenaming the NCP as ASCP indicates that Pakistan is now ready to recognise the scientific achievements of its citizens irrespective of religious faith,â€ said physicist Pervez Hoodbhoy. â€œIt will help soften Pakistanâ€™s image abroad. This is badly needed when we are accused of being intolerant and terrorist.â€

From the point of view of science, he said, â€œOur recognition of Abdus Salam will encourage young Pakistanis to seek a career in science. In India, there are many role models, but in Pakistan, so far there is only one.â€

The governmentâ€™s recognition is overdue because Salamâ€™s work had already put Pakistan on the scientific map of the world, and everyone was astonished that Salam was not recognised in his own country, he said. â€œThe present government should be congratulated for correcting a â€˜historic injusticeâ€™.â€