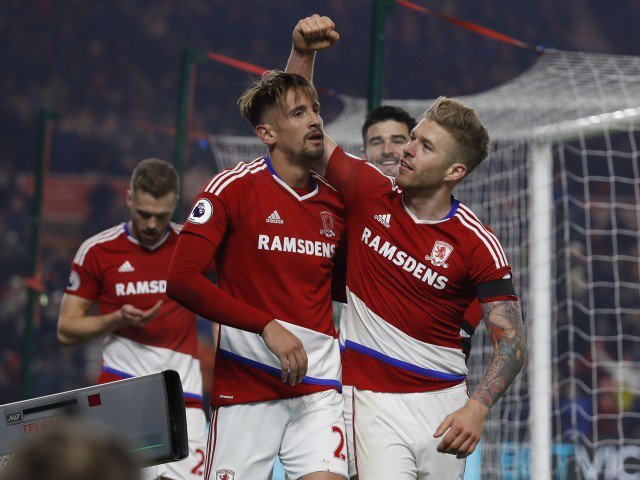 MIDDLESBROUGH: Middlesbrough moved away from the relegation zone with a 1-0 win over fellow strugglers Hull City thanks to a second-half header from midfielder Gaston Ramirez in the Premier League on Monday.

Uruguay international Ramirez, who was an influential figure throughout the match, broke the deadlock on the hour with a firm downward header at the back post from a Viktor Fischer corner.

Ramirez, who had a loan spell at Hull from Southampton in the 2014/15 season, thought he had helped set up the opener for Fischer after 33 minutes but it was disallowed for offside.

The win takes the hosts up three places to 13th on 15 points from 14 games before they visit Southampton on Sunday with Hull second-bottom on 11 points as they next host Crystal Palace.