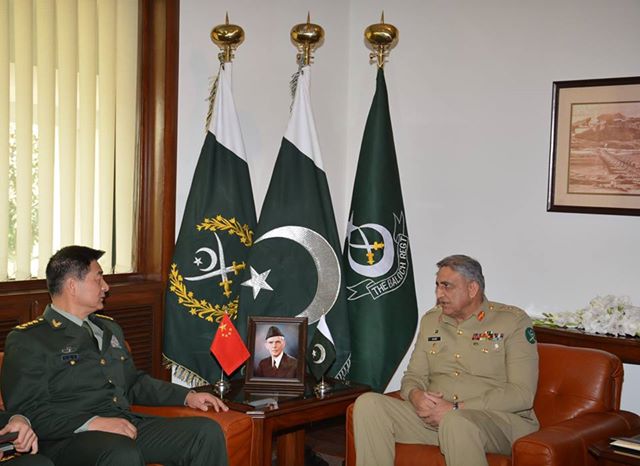 The Chinese general met the Army chief at the General Headquarters and congratulated him on assuming the command of Pakistan Army.
According to Inter Services Public Relations (ISPR), during the meeting matters related to regional security and professional interest were discussed. The visiting general lauded Pakistan Armyâ€™s achievements in the fight against terrorism and continued efforts for regional peace and stability. Gen Qamar reaffirmed Pakistan Armyâ€™s unwavering support for China Pakistan Economic Corridorâ€™s security.

Earlier, on arrival at the GHQ a smartly turned out contingent of the army presented a guard of honour to the Chinese general. The Chinese General also laid a wreath at the Yadgar-e-Shuhada.