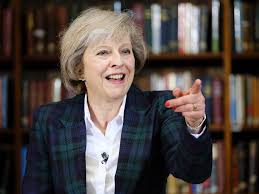 DUBAI: British Prime Minister Theresa May is to join Gulf Arab leaders at a summit in Bahrain on Tuesday for talks on trade after Britainâ€™s exit from the European Union.

Defence ties are also expected to loom high on the agenda as Britain builds a new naval base in Bahrain. Advocacy groups urged May to use the opportunity to raise human rights concerns too.

She is the first British premier and the first woman to attend the annual summit of the six oil-rich Gulf Cooperation Council states.

Her two days of talks come as her government faces mounting domestic criticism that it has not done enough to avoid post-Brexit disruption to British trade, which is currently carried out under EU agreements.

â€œI will have the opportunity to talk to all six leaders about how we can develop our trade relationship, as well as cooperation on security and defence,â€ May said ahead of her arrival in the Bahraini capital Manama late on Monday.

May will discuss the possibilities for post-Brexit free trade arrangements with the six GCC states â€” Bahrain, Kuwait, Oman, Qatar, Saudi Arabia and the United Arab Emirates, her office said.

â€œAs the UK leaves the EU, we should seize the opportunity to forge a new trade arrangement between the UK and the Gulf,â€ May said.

â€œThis could transform the way we do business and lock in a new level of prosperity for our people for generations to come.â€

Ahead of the summit, May held talks with Bahraini officials that also focused on defence ties, the official Bahrain News Agency reported.

In October last year, Britain began building a naval base at Mina Salman, outside Manama, its first new permanent base in the Middle East in four decades.

Western ties with Bahrain have come under criticism from international human rights groups.

The kingdomâ€™s Sunni minority rulers have cracked down heavily on dissent since they crushed protests led by the Shiite majority for a constitutional monarchy with an elected prime minister in 2011.

The main Shiite opposition group, Al-Wefaq, once the largest in parliament, has been dissolved and scores of Shiites have been stripped of their citizenship.

Saudi king on regional tour ahead of GCC summit

Amnesty International said on Monday that the summit gave May a â€œunique opportunity to raise concerns over a pattern of recurring human rights violations throughout the regionâ€.

â€œIt is high time for allies of the GCC to stop putting business and security cooperation before human rights, and Theresa May must not squander this opportunity to raise key rights issues,â€ she added.