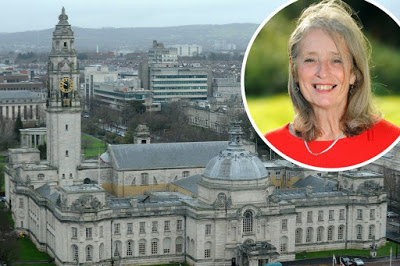 “We are deeply disturbed by the contents of the resignation statement of Councillor Sue White and the appalling treatment she has faced simply for supporting our local community work.”

Sue White said that Labour group had refused to back a motion expressing support for the sect.

A Labour councillor in Cardiff has resigned after allegedly being bullied for expressing support for a persecuted Muslim sect.

Sue White quit on Monday, after two years as councillor for Llandaff North in the Welsh capital. In a statement she said she had encountered “bullying” and “racial discrimination” in the party, which currently has a majority on the council.

“There is a culture of bullying in the Cardiff council Labour group which has been allowed to go unchecked for far too long,” she said in the statement.

“I myself have experienced it when I was the group secretary and, most recently, when I defended the Ahmadiyya Muslim Association (AMA).”

The Ahmadiyya Muslim community has faced decades of violent persecution by religious hardliners in Pakistan, which in recent months has spilled over into the UK.

In March, Ahmadi shopkeeper Asad Shah was murdered in Glasgow by a man who claimed he was defending the honour of the prophet Mohammed. IBTimes UK subsequently revealed that leaflets branding Ahmadi Muslims apostates, calling for them to be killed, had been distributed in London.

The community hosts regular anti-extremism events at its mosques throughout Britain under the slogan Love for All, Hatred for None, and was praised for its commitment to “peaceful dialogue” by Prime Minister Theresa May when she was home secretary.

Ms White said that she had become “extremely concerned at what I see as prejudice” against the group.

She said that she had warned by a colleague not to attend events hosted by the Ahmadi community in Cardiff, and an Eid dinner hosted by the group in County Hall. The colleague allegedly repeated the unfounded claim that the group was linked to Isis.

“I told the colleague that it was completely unacceptable to make allegations of that nature and attended the event.”

She said that she believed other councillors had been deterred from attending the event as a result of the smear.

“I met forceful opposition when I proposed a group motion merely stating that I had sought police advice and there was no valid reason for councillors not attending events such as the Eid dinner,” she added.

“To put it mildly, I was sickened to the pit of my stomach that I encountered such heated resistance to my motion and that not one fellow member at the meeting supported my defence of a group which has been cruelly persecuted in other parts of the world.

“The motion was not passed. I feel that the treatment I received that night constituted bullying.”

In a statement, Mr Ata ur Rehman Maaz, president of the Ahmadiyya Muslim Community Cardiff, said: “We are deeply disturbed by the contents of the resignation statement of Councillor Sue White and the appalling treatment she has faced simply for supporting our local community work.

“We are shocked that she has encountered prejudice, bullying and bigotry simply for attending our peace events and Eid reception.

“Furthermore, we are horrified by the false accusations against our community being a dangerous organisation or having any links with extremism. Nothing could be further from the truth and in fact just last week we held successful Peace Conference on the theme of United Against Extremism â€“ part of our nationwide campaign to condemn all forms of hate and extremism.”

A spokeswoman for Cardiff Labour Party denied that the party had refused to defend the Ahmadiyya.

“In regards to the meeting, Ms White’s concerns were listened to and, as a result, the council’s approach to the Ahmadiyya Muslim Association was amended. The position of the group was changed to accommodate the views of Sue White and others that spoke in favour of the AMA at that meeting,” she said.

“We take all allegations of bullying seriously, and will work with Welsh Labour to look at the detail of Ms White’s statement.” 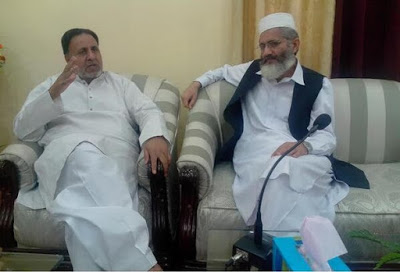 PTI leader Mehmoodur Rasheed stood up and said the government must give assurances that no Ahmadi would teach Islamiat or Arabic. Julius assured that only Muslims taught Arabic and Islamiat.

The assurance was given by Parliamentary Secretary for School Education Joice Rufan Julius after PTI parliamentary leader Mehmoodur Rasheed got up from the proceedings and left the house in protest.

Up till that point, proceedings were running smoothly on Wednesday after they were unable to continue for three days due to the lack of a quorum. Julius was answering questions concerning the education department. That was when Jamaat-e-Islami parliamentary leader Dr Syed Waseem Akhtar stood up and pointed out that there was no legal provision to stop Ahmadis from being appointed as teachers for Arabic or Islamic Studies.

At this point, Julius said there was a 5% job quota specified for religious minorities and 3% for people with disabilities. She added minority candidates can apply on open merit.

The parliamentary secretary stated seasoned individuals were teaching the Holy Quran to students. â€œEven Christians are also studying Islamic studies,â€ she said. Julius highlighted that her own daughter, being a Christian, secured 70 out of 75 marks in Islamic Studies.

Not satisfied with her answer, Dr Waseem said he understood that Quranic and Hadith education was necessary at schools, but questioned the lack of legislation to stop Ahmadis from teaching Arabic and Islamic Studies. He also expressed his intentions of boycotting house proceedings and urged others to follow him.

PTI leader Mehmoodur Rasheed stood up and said the government must give assurances that no Ahmadi would teach Islamiat or Arabic. Julius assured that only Muslims taught Arabic and Islamiat.

Rasheed pointed out that no clear answer was being given to the house. Meanwhile, speaker Rana Muhammad Iqbal announced an end to the question-answer hour.

Arif Abbasi, another opposition member, told the speaker that this important matter could not be â€œbulldozedâ€. He announced a boycott of proceedings and left the hall.

Iqbal sent ministers Khawaja Salman Rafique and Shekh Alaudin to convince the protesting members to come back to the house.

PML-N MPA Ilyas Chinioti suggested that the matter be referred to the parliamentary committee for legislation to stop the induction of Ahmadis as Islamiat and Arabic teachers.

Julius again assured the treasury and opposition that the education department would issue a notification to ensure that no Ahmadi would be hired to teach these subjects.

During the question hour, MPA Amjad Ali, while rejecting an answer of the government, said various teachers showed increased admissions at schools by admitting ghost students and paying fee from their pockets to get rewards. 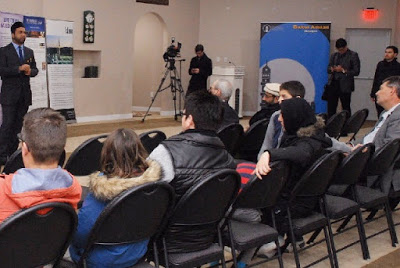 After the visitation of his Holiness Hazrat Mizra Masroor Ahmad to Lloydminster earlier this month, a peak in interest as per what the Islamic faith is all about was raised by those in the community.

Through this, a number of community members reached out to Imman Tariq Azeem with the Ahmadiyya Muslim community, seeking a desire to learn more about the Mosque and the true teachings of the Islamic faith, sparking the community to host a Mosque Open House.

â€œWhen his Holiness was here, he himself said it,â€ Azeem said. â€œMosques are open for everyone, everyone should feel welcome in Mosques,â€ he added, explaining how at times people may fear Mosques due to the actions of extremists all over the globe.

â€œMosques should be beacons of peace, love and tolerance,â€ Azeem said.

He explained how people from as far away as Wainwright showed up to be a part of the event, in an effort to learn about the culture and faith.

â€œOur family does not know much about the Muslim faith but saw it as a great opportunity to come and learn.â€

She explained how the reception at the Mosque was wonderful and though she herself had not heard of any hatred towards the community, she indicated how fear can stem from a lack of understanding.

â€œI think this is a wonderful opportunity for people to come and learn and understand each other,â€ Holden said.

Azeem added how everyone who ventured into the Mosque were very happy for the religious sect to have their worldwide faith leader visit the Border City and open the new Mosque.

There are plans to host other open house in the future, but at the same time, Azeem explained how, as his Holiness pointed out, Mosques are always open to anyone.

â€œIf anyone who was not able to make the tour, they can drop by anytime or give us a call, and we will be more than happy to provide a tour of the Mosque.â€

The Ahmadiyya Muslim Women’s Association of Montreal welcomes the Montreal community through its 8th edition of its annual peace conference.

Focusing on the theme, â€˜Peace in the World – Our Contributionâ€™, the event aims to showcase the role of women and their dedication to achieving peace in the world through their services to humanity.

This event is designed by women, for women only. There will also be opportunities to visit kiosks from various peace organizations and to engage with the speakers of those various organizations.
Name of the event: Ahmadiyya Muslim Association presents, Annual Peace Conference
Date: Sunday December 4th, 2016
Time: Registrations begin at 1:30PM and the main event will be between 2:00PM and 3:30PM. Free meetings with other women and visits to the kiosks are scheduled from 3:30PM.
Address of the event: Ahmadiyya Islamic Center Of Montreal – 9899 Saint Michel Boulevard, Montreal, QC H1H 5G7
A free drop-in day care service and snacks are offered to our guests. Parking is also available free of charge.
Name of the organization hosting the event & contact information:
Name:Sarah Cherki
Email:Sarah.cherki@gmail.com
Telephone: 418-262-2904