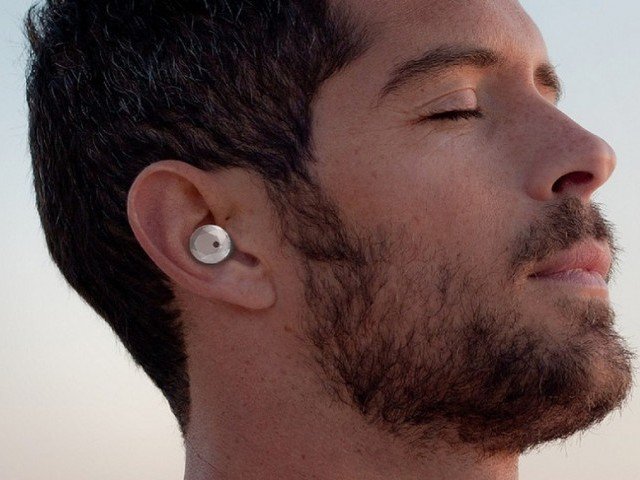 â€œOne my cousins in New York is hard of hearing. He considered getting hearing aids but none of the options available were â€˜normal lookingâ€™ and the well-concealed ones were just too expensive,â€ says Owen Song. â€œThis experience led me to think about the hearing aid industry and what the true problems are that hearing impaired people face.â€

He sketched a concept last year and then did some research. His first ever startup was soon born. With a prototype in hand, Owen has just put the stylish hearing aid on Indiegogo.

Dubbed Olive, the little gizmo looks more like the kind of wireless headphones youâ€™d expect to see from Will.i.am or a brand-new earphones startup â€“ a world away from the 1980s IBM PC beige of most medical devices for people who are hearing impaired.

â€œThe design/style factor for the Olive is to target those younger audiences who donâ€™t want the stigma of wearing a hearing aid,â€ adds Owen. His South Korea-based startup, Olive Union, is now selling it to global shoppers on Indiegogo for US$69, with the thing shipping out December 2017. The regular retail price will be US$100.

If adventurous souls want to be beta testers, they can get prototype Olives in July for just US$50.

The price tag is way below the usual hundreds of bucks â€“ or even thousands â€“ of old-school hearing aids.

â€œDuring our myriad interviews, we found that those who knew they had hearing issues â€“ difficulty hearing in crowded environments, hard to carry on conversations in public or in groups â€“ wanted a hearing aid solution that was cheaper without simply being an amplifier, of which there are many cheap solutions,â€ says Owen.
PHOTO: OLIVE

Indeed, the Bluetooth buds are not just amplifiers â€“ they have directional microphones and noise cancellation.

â€œWe have directional microphones on the Olive, but they donâ€™t operate in a way that isolates directional sound. Rather, our algorithm, which is set up and customized to your ears on the companion app, uses the hearing profile to isolate frequencies that you are not able to hear as well and enhances them in proportion to other frequencies in order to restore normal hearing levels,â€ Owen states.

The battery in the Olive hearing aid is also reminiscent of a set of wireless headphones â€“ which has a downside. The startup estimates battery life at just four hours. However, it recharges quickly within the case provided.

â€œRegular hearing aids rely on coin cells for powerâ€ â€“ which ainâ€™t cheap â€“ â€œand donâ€™t have an active connection to your smartphone for things like picking up phone calls or changing hearing profiles. This is why they last so long,â€ explains Owen. One online survey of conventional hearing aid users says their average battery life is 82 hours.

But that shouldnâ€™t be too much of a turn-off for younger buyers, whoâ€™ll feel right at home with the aesthetics and the way they can configure the Olives within the mobile app â€“ not the kind of things thatâ€™d appeal to your grandpa.

This article originally appeared on Tech in Asia.