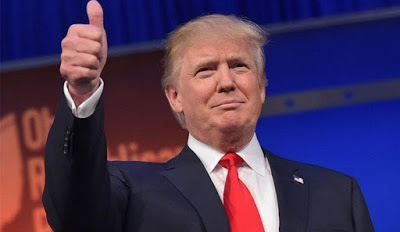 Muslims are not one monolithic group. Most are peaceful, some arenâ€™t. Those who arenâ€™t should be held accountable, but I believe that those who are should not only stay but help our president fight all threats to our great country.

These past few weeks as a Muslim-American have not been the best Iâ€™ve had. Many of my family and friends are worried because of some of the rhetoric that President-elect Donald Trump used during his campaign, and their fears are already proving to be valid. The number of hate crimes have skyrocketed with bigots being motivated by Trumpâ€™s victory. Yet, I will still support our next president in all things that are good. Many people are bewildered by this, but it is not difficult to understand.

First, we must recognize Trumpâ€™s unlikely success and try to understand why it happened. Despite being the first man to be elected president without any political or military experience, Trump spent nearly half of the money that Hillary Clinton did. He is beloved by many of his followers, most of whom are ordinary Americans. By winning, Trump gave the sensation of empowerment to those who felt neglected. Regardless of how one feels about the election results, we have an obligation to support our next president in all things that are good. I was no supporter of President-elect Trump during his campaign but I love my country more than my political party and ideology.

Those who have broken the law in violent ways at recent anti-Trump protests might even be more deplorable than those who expressed support for his Islamophobic and xenophobic proposals and statements. Trump voters did not violate the law when they exercised their right to vote.

As an Ahmadi-Muslim American, I am reminded of Verse 59 in Surah Al-Nisa in the Holy Quran when I reflect upon those who break the law because they do not agree with how their fellow Americans voted. In this verse, God commands Muslims to obey those who are in authority over them, politically and spiritually. I urge all Americans to derive a lesson for themselves from this teaching. Donald Trump will be president in less than a couple of months. I implore protesters to not violate the law and not help legitimize violence simply because they disagree with who is in office. Some of the most important problems our country faces are our low voter turnout rates and disregard for opinions that differ from our own. These problems were here long before Trump was elected.

Muslims are not one monolithic group. Most are peaceful, some arenâ€™t. Those who arenâ€™t should be held accountable, but I believe that those who are should not only stay but help our president fight all threats to our great country. I have earnest hope that President-elect Trump will abandon some of the rhetoric he utilized to win the presidency and instead invoke Americaâ€™s great legacy of pluralism for everyone who is here.