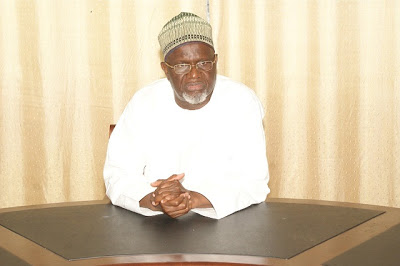 Islam teaches peace, humility and decency and it was important that the youth acted with decorum, especially in expressing their support for their respective political parties.

Alhaji Maulvi Mohammed Bin Salih, leader of the Ahmadiyya Muslim Mission in Ghana, has added his voice to calls for the disbandment of vigilante groups, ahead of the 2016 polls, warning that they can plunge the country into chaos.

He said â€œFoot soldiers, who transform into vigilante groups like Azoka Boys, Bamba Boys, Bull Dogs, Invincible Forces cannot be allowed to operate because they have the potential to take up arms if they feel dissatisfied with election results and plunge this nation into civil warâ€.

Alhaji Salih, who was speaking at a forum on the role of the Muslim Community in ensuring peaceful elections, wondered why leaders of political parties entertained such groups if they meant well for Ghanaians.

He said â€œWhat is the justification for the existence of such groupings whose main business is to put fear and panic in the public, so that they can carry out their objectives of stealing ballot papers and prevent others from voting and immediately after elections go about vandalising public propertyâ€.

Alhaji Salih asked Muslim youth not to allow politicians to use them to perpetuate violence, saying, â€œthe act of antagonising any member of society on the basis of religious or political differences is not Islamicâ€.

He said Islam teaches peace, humility and decency and it was important that the youth acted with decorum, especially in expressing their support for their respective political parties.

â€œElections are a jaw-jaw affair, not war-war. If adherence to this principle of humility and decency is adopted by Muslims and Ghanaian electorate in general and applied to our current political activities, our motherland would be a better place for us allâ€.

He urged communicators of political parties to desist from trading of insults and provocative acts.

The President of the Islamic University College, Ghana (IUCG), Dr. Moshen Maarefi, said the value of peace transcends all religious organisations and was imperative that â€œall embrace and be committed to peaceâ€.

He expressed hope that the president elect in the upcoming elections would embrace and respect the rights of Muslims, to enable them contribute to national development.

Alhaji Seidu Ali Pelpuo, the Vice President of Academic Affairs of the Madina Institute of Science and Technology, asked Ghanaians not to be swayed by the notion that the country could not experience war, adding that, a singular act of indiscretion could spark violence.

He urged Muslim youth to act wisely, reminding them that â€œfollowers of Allahâ€™s message of peace cannot be the ones at the helm of unrest, disorder, mayhem and disturbance of peace and detractors from the rule of law through acts of lawlessnessâ€.
Read original post here: Ghana: Ahmadiyya national leader says Vigilante groups can plunge the country into chaos