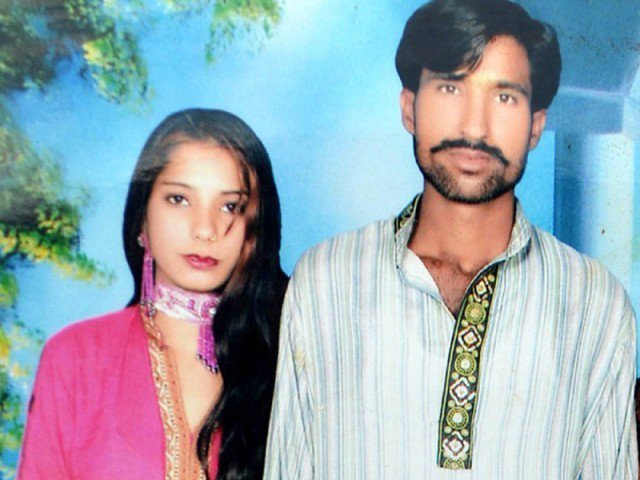 LAHORE: An anti-terrorism court (ATC) sentenced five people to death Wednesday over the killing of a Christian couple who were lynched and burned in a kiln after being falsely accused of blasphemy.

The deaths of Shahzad Masih and Shama Bibi caused outrage in the country and saw other Christian families living near their home in Punjab flee the area in fear. The illiterate couple had been falsely accused of tossing out pages of the Holy Quran along with the rubbish.

Blasphemy is a sensitive issue in Pakistan, with allegations often prompting mob violence. Critics say the laws are abused to wage personal vendettas, often against Christians.

Witnesses described how an angry mob of hundreds of people set upon the couple near the town of Kot Radha Kishan in Punjab in 2014, attacking them and then throwing their bodies into a brick kiln. It is unclear whether they were still alive when tossed into the kiln.

Riaz Anjum, the lawyer representing the coupleâ€™s family, said a total of 103 people had been charged in the case. But the court in the eastern city of Lahore had acquitted 90, including the owner of the brick kiln. He had been accused of locking the couple up as they tried to flee for fear they would default on their debt to him.

Apart from the five sentenced to hang, eight others were given two yearsâ€™ imprisonment. â€œThe five people awarded the death sentence were involved in dragging, beating and burning the couple while the other eight played a supportive role according to the judgement,â€ Anjum said. Senior prosecutor Khurram Khan confirmed the ruling.

Police have traditionally been reluctant to clamp down on mob violence for fear of enraging Islamists, a fact not lost upon the relatives of the deceased. It was not clear when the death sentences would be carried out. After the attack it emerged that the couple had been falsely accused.

Shahzadâ€™s father, a faith healer who used pages with inscriptions in many languages for his work, had died shortly before the incident. The family was burning documents that belonged to him.

5 sentenced, burning of Christian, couple in Kot, Radha Kishan, to death over