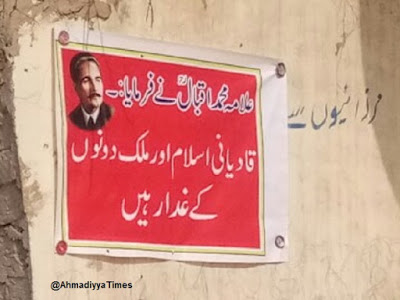 It appears the town was transformed overnight into an anti-Ahmadiyya hate headquarter in order to intimidate the local and surrounding area Ahmadiyya population.Â

Gangapur, a small town in Faisalabad district of the Punjab, until recently enjoyed its rise to fame for a unique horse-drawn train connecting to nearby Buchiana railway station.

In recent days, however, a segment of the local population masquerading as Muslims, added another distinction — a rather notorious one — to the town’s reputation.

It appears the town was transformed overnightÂ into an anti-Ahmadiyya hate headquarter as an anti-Ahmadi conference byÂ ‘Kill Ahmadis’ hate group Khatme Nubuwwat, was planned for the town.

Khatme Nubuwwat group hold conferences throughout the country to radicalize towns and cities and to intimidate the local and surrounding area Ahmadiyya population everywhere.

“It appeares as if the town quickly got overrun by a gang of extremists,” said Imran Jattala, chief executive of the Ahmadiyya Times Media Services.

Jattala says the anti-Ahmadiyya campaigns are spurred by the government’s inaction in protecting Ahmadi minority which allows extremists groups to operate freely.

“They just go around wall-chalking and placing banners inciting hatred of Ahmadis; and they do it without any fear of the law enforcement authorities,” Jattala added.

The Khatme Nubuwwat (TKN) group with it’s international reach, has incited killing of Ahmadis due to the group’s doctrinal differences.

TKN recently generated worldwide headlines when it’s branch in the UK was suspected of having links with the killing of an Ahmadi shopkeeper in Glasgow.

Several media outlets have reported that TKN was spreading ‘Kill Ahmadis’ leaflets through various mosques in the UK.

An investigation by International Business Times found “that KN has a base at Stockwell Mosque, in South London. Its branches in countries around the world allegedly disseminate a steady stream of sermons, leaflets and booklets calling for Ahmadis to be ostracised by their fellow Muslims, and for the execution of those who refuse to repent.” 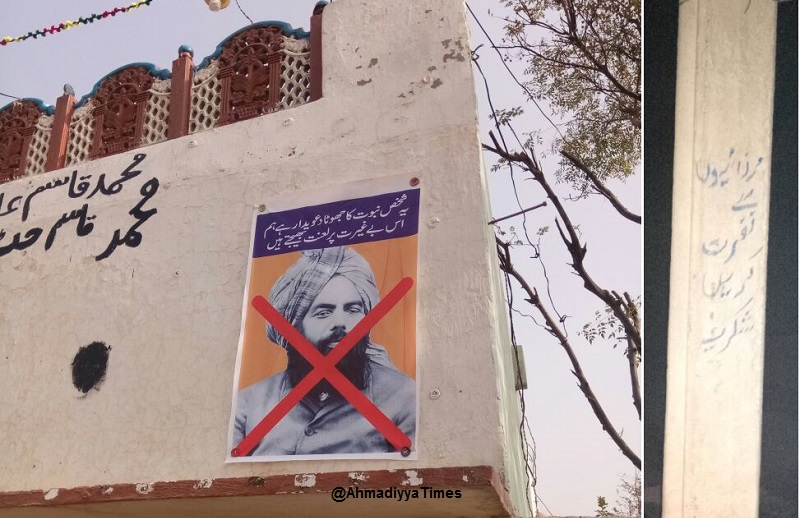 Gangapur, also known as Chak no.591 GB, is a large village near Jaranwala in Faisalabad district of Punjab. The village, established by famous Sir Ganga Ram, an engineer behind the construction of various famous Punjab buildings like Lahore museum, Aitcheson College, Mayo School of Arts, Lahore High Court and Lahore General Post Office.