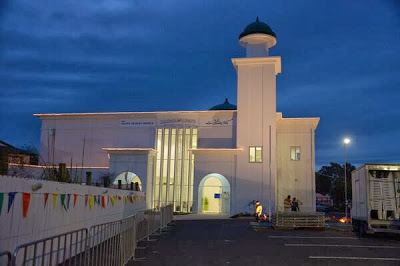 The founder of the community, in line with the true understanding of the core Islamic teachings has said â€œI say to you that you must show love and compassion to all of Godâ€™s creation no matter who it is â€“ whether he is a Hindu, a Muslim or anyone else.â€

Representatives of the Ahmadiyya Muslim Community in New Zealand have said they strongly condemn any anti-Semitic hate speech. Any Muslim cleric who expresses hate-filled views about other faiths or their followers must be condemned.

â€œIslamic teachings enshrine freedom of belief and freedom of conscienceâ€ says Mr Bashir Khan, National President of the Ahmadiyya Muslim Community in New Zealand. He says â€œIslam teaches respect, tolerance and love for all people regardless of faith, colour or background. The Prophet Muhammad (sa) championed the protection of other faiths and their rights to practice their belief.â€ Speaking on the respect to be shown to Jews, Mr Bashir Khan quoted the paragon of the Prophet Muhammad saying â€œHe would even stand up out of respect for the funeral procession of a Jew.â€ Hence emphasizing that the roots of any and all forms of hatred are eliminated by the true teachings of Islam.

â€œIslam commands us to protect other faiths and their holy places of worship. The Prophet Muhammad (sa) even formed a pact with the Jews and not only protected their rights but enjoined all Muslims to protect their Jewish brothersâ€ he said.

The Ahmadiyya Muslim community strongly holds to the belief that Islam advocates â€˜Love for all, hatred for noneâ€™ which is considered to be their well-known motto.

The founder of the community, in line with the true understanding of the core Islamic teachings has said â€œI say to you that you must show love and compassion to all of Godâ€™s creation no matter who it is â€“ whether he is a Hindu, a Muslim or anyone else.â€ He also said â€œI Never like it when people try to limit their sympathy and love to their own peopleâ€¦I admonish you again and again to never ever limit the scope of your compassion.â€

Speaking on hateful anti-Semitic speeches the National President of the NZ branch said â€œThankfully, the large majority of Muslims in New Zealand do not hold such intolerant or hateful views.â€ He said the message of Islam, which literally means â€˜peaceâ€™ is of â€œlove, affection and unity.â€

The Ahmadiyya Muslim Community regularly host and partake in interfaith peace conferences and dialogues to foster stronger relationships with members of other faiths. Their most recent peace conference was held in September where leaders representing the Hindu, Sikh, Christian, Buddhist, Jewish and Islamic faith came together and highlighted how religion can play a positive role in promoting peaceful coexistence and increasing cohesion in the society.

The New Zealand branch of this community was established in 1987 and has just over 500 members. It is a registered charitable organisation and endeavors to be an active and integrated community within New Zealand society.