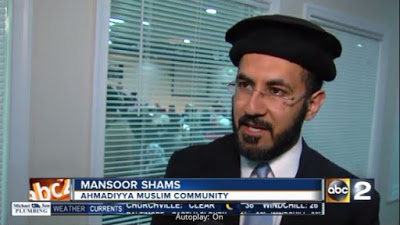 This inter-faith gathering was organized for all people of all races and religions to have an open conversation about one of the most polarizing elections of our time.

Baltimore – An open discussion to unite people against hatred. Â All faiths and races gather for nearly two hours Sunday to talk about how the nation feels after the divisive presidential election.

The meeting had a simple message, inclusion.

Religious leaders from many denominations including Islam, Judaism and Christianity led the open discussion.

The hope was for an open and honest discussion without judgment.

“The message is the same. Â It’s from the same god –love for all and hatred for none,” Mansoor Shams of The Ahmadiyya Muslim Community, told ABC2.

That message was the reason behind Sunday’s event “Faiths Unite Against Hatred-Our Reaction To The Presidential Election.”

This inter-faith gathering was organized for all people of all races and religions to have an open conversation about one of the most polarizing elections of our time. 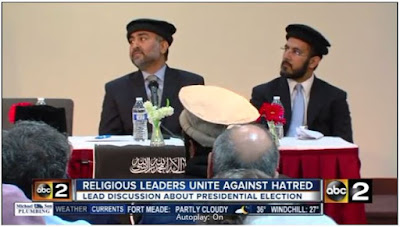 There were discussions about race, politics and prejudice.

“There’s obviously a very clear situation right now where there has been a lot of negativity but America has spoken, Americans chose Donald Trump to be president and our faith teaches us to obey those who are in authority,” said Shams.

He goes on to say peace is the number one goal, but some are worried about the country’s state.

“When the time comes would he actually, president elect trump, actually begin to implement something it is at that time, if those policies are contradictory to basic human rights and values, then at that we will take them up through the proper channels.”

And Shams points out that doesn’t just apply to the Muslim community, but everyone. Inclusion being the key.

“What we plan to do is to have more events like this, gather everyone together because we all know that there is unity amongst the faiths, all faiths whether you be Christian, whether you be Jewish or Muslim.