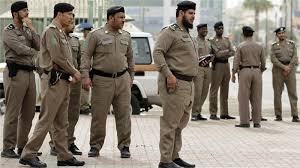 The officer was hit by gunfire from â€œan unknown sourceâ€ as he got out of his car in a neighbourhood northwest of the city of Dammam, said a ministry spokesperson quoted by the official SPA news agency. He was part of a unit assigned with guarding public installations.

Authorities have launched an investigation into the attack, the latest in a series against officers in Shia areas of the oil-rich east of the kingdom, the spokesperson added.

It is the third attack of its kind in Dammam during the past two months. The Shia minority in Sunni-dominated Saudi Arabia has long complained of discrimination.

There has been sporadic unrest since the suppression of a Shia-led uprising in neighbouring Bahrain sparked a wave of protests in 2011. Saudi security forces have also come under attack by Sunni extremists linked to al Qaeda or the Islamic State group.