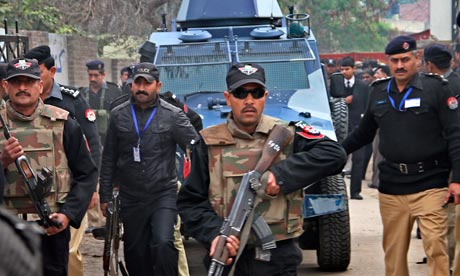 LAHORE: The efficiency of the police was laid bare on Friday after an elderly man approached the court for his bail order in an FIR registered against him for a crime he allegedly committed 14 years ago.

Haji Akram, 85, arrived with his sons at the court of additional district and sessions judge Abdur Rehman Muhammad Arif where he was granted pre-arrest bail against a surety of Rs100,000.

Presenting his arguments, counsel for the accused Advocate Muhammad Qasim said the police departmentâ€™s competency was astonishing since the FIR was registered against his client 14 years later over fraud accusations.

He said the police did not discuss what offence his client had committed however, according to 420 PPC, the offence was bail able. He requested the court to grant him bail.

After that the investigation officer (IO) of the case called out to the complainant party but no one turned up before the court, hence the court granted Akram bail.

According to the FIR registered by Abadullah at Masti Gate police under section 420 PPC against Haji Akram, the accused ran a cloth business in Azam Cloth Market and borrowed cloth from a new shop he established for his son.

The accused continued to pay for the cloth until the dues went up to Rs1.6 million, when he stopped his payments saying his business was not doing well and later shut down his shop and disappeared. When asked to pay the rest of the amount, the suspect threatened Abadullah with death.

Talking to The Express Tribune, Masti Gate SHO Muhammad Amjad said the complainant had filed an application in the office of police high-ups and the complaint was marked to his police station upon which they called both parties. â€œIt is everyoneâ€™s right to register FIR against the accused party, and the time frame does not matter,â€ he added.

Complainant Abadullah said the police and accused were both prolonging the matter and he was forced to submit the complaint to the DIG office that his FIR was not being registered.

He said his FIR was not registered since 2002, he tried to get it registered six months ago. He said that accused party was also prolonging the matter by saying they would pay but had not until now.