Clinton finally opens up about how she felt after election loss 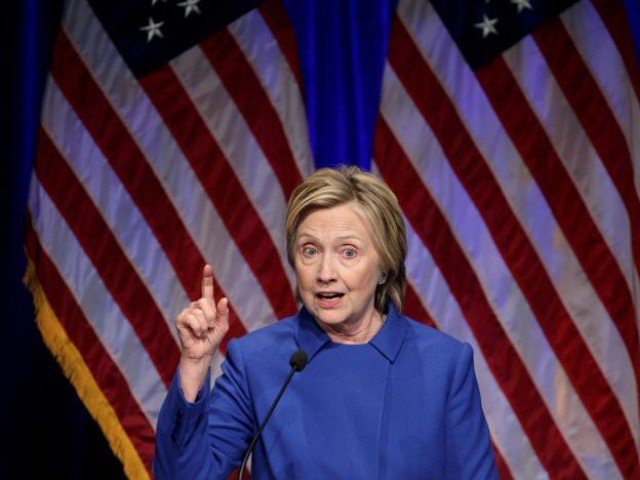 Clinton finally opens up about how she felt after election loss

Defeated Democratic presidential candidate Hillary Clinton called on Wednesday for a renewed fight for a more-inclusive United States despite disappointment over an election loss that laid bare national divisions.

In her first public remarks since conceding to Republican Donald Trump last week, Clinton said that many Americans were asking whether his victory meant the United States was still the country they thought it was.

â€œThe divisions laid bare by this election run deep, but please listen to me when I say this. America is worth it, our children are worth it,â€ she said at a Children Defense Fund event honoring scholarship winners.

â€œBelieve in our country, fight for our values and never, ever give up.â€

Although Fund founder Marian Wright Edelman called the nonprofit advocacy groupâ€™s event â€œa love-in for Hillary Rodham Clinton,â€ the former first lady said it had not been easy for her to attend.

â€œThere have been times this past week when all I wanted to do was just to curl up with a good book or our dogs, and never leave the house again,â€ said Clinton, whose ties to the Children Defense Fund date back to her work there as a young law student.

Clinton, a former secretary of state, won the popular vote but lost the crucial electoral college tally to Trump, a New York real estate magnate who has taken a hard line on immigration and has opposed accepting Syrian refugees.

Obama on farewell tour to Europe fearful of â€˜Trump effectâ€™

â€œI know many of you are deeply disappointed by the results of the election. I am too, more than I can ever express,â€ Clinton said.

â€œBut as I said last week, our campaign was never about one person or even one election. It was about the country we love, and building an America that is hopeful, inclusive and big hearted.â€

She said that help for children backed by Republicans and Democrats was a hopeful sign of both parties working together. The federal Childrenâ€™s Health Insurance Program, for example, now covers 8 million children and its creation had relied on bipartisan support, Clinton said.

Trump vows to immediately deport up to three million immigrants

â€œFor the sake of our children, and our families and our country, I ask you to stay engaged, stay engaged on every level,â€ Clinton said.

She added, â€œI am as sure of this as anything I have ever known. America is still the greatest country in the world, it is still the place where anyone can beat the odds.â€

about how, Clinton finally, election loss, opens up, she felt after