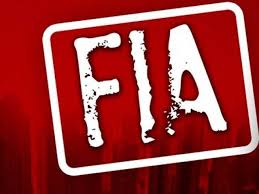 The first raid was carried out at a recruitment office located at Chandni Chowk and arrested two persons involved in human smuggling. The arrested persons were identified as Izhar Hussain and Khaliq Khan. Besides, the FIA also recovered 64 passports.

The FIA claimed the arrested travel agents used to smuggle people to Dubai and Saudi Arabia after charging them large sums of money.

In a similar crackdown by the FIA, a human smuggler was arrested from a commercial building located near Chandni Chowk. As many as 54 passports and other documents were also recovered during the raid.