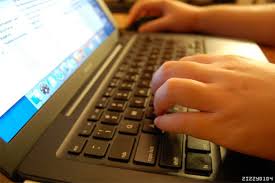 The governmentâ€™s attempts to tighten its grip on the internet â€” the information superhighway â€” through a series of controversial laws and policies has placed Pakistan among the 10 worst countries for internet freedom for a second straight year.

The Prevention of Electronic Crimes Act (PECA) 2016, also seems to have done little to improve the state of internet access or opening up content and upholding rights of citizens to use the internet.

According to the â€œFreedom on the Net 2016â€ report, by Washington DC based activist group Freedom House, Pakistan is ranked 10th, just above the likes of Bahrain and Saudi Arabia.

The annual report gives Pakistan a score of 69 out of 100 (with 100 the worst score) and is included in the â€˜not freeâ€™ category.

Over the past five years, Pakistanâ€™s score fell from 55 in 2011 to 69 in 2014 and has remained stagnant since. The scores are marked for three key areas including access to internet, restrictions on accessing certain content and violations of a userâ€™s rights.

While access to the internet has greatly improved in the country, Pakistanâ€™s overall score has suffered due to greater restrictions on content in the country and increasingly impinging on a userâ€™s rights of privacy, freely acting on the internet and repercussions for online activity including legal prosecution, imprisonment, physical attacks, or other forms of harassment.

In this regard, the report pointed how in two separate cases, two men were sentenced to 13 years in prison for promoting religious or sectarian hatred online. Further, a political activist was charged by Peshawar police for tweets regarding a judgeâ€™s relative.

With internet freedom in the country â€œrepressiveâ€, the worst scores attributed to Pakistan were for the greater restrictions placed on content online and violations of rights.

While the report noted that restoration of YouTube, blocked for nearly four years owing to a sacrilegious film, through a localised domain was positive, it said that people feared that â€œYouTube PK would be subject to stricter censorship than its international counterpartâ€.

This fear was not helped by the fact that Pakistan enacted policy and laws which granted sweeping powers to the Pakistan Telecommunication Authority (PTA) to â€œmonitor and manage contentâ€.

This was done first through the Telecommunication Policy 2015 and then further reinforced through the Prevention of Electronic Crimes Act 2016 passed in August which grants PTA the powers to â€œissue directions for removal or blocking of access of any information through any information systemâ€ which runs afoul of â€œthe glory of Islam or the integrity, security and defense of Pakistanâ€. The report noted that a â€œlack of transparency extends to content affected by censorshipâ€.

â€œThere are no published guidelines outlining why content is blocked or how to appeal. Individuals and groups can also initiate censorship by petitioning courts to enact moral bans on online or traditional media content,â€ the report added.

A prime example was how in January 2016 PTA sent a list of 429,343 websites to internet services providers with directions to block them at the domain level. While a bulk of the websites were pornography websites, which a court had ordered the authority to block, the list contained a number of legitimate websites as well.

â€œThe manner in which the list of websites has been vetted to avoid non-pornographic websites from being blocked has not been made clear to the public,â€ the report said.

â€œPakistan has ranked low for five consecutive years because of the repressive regime of internet laws in the country,â€ said Nighat Dad, the executive editor of Digital Rights Foundation (DRF), which had contributed to the report.