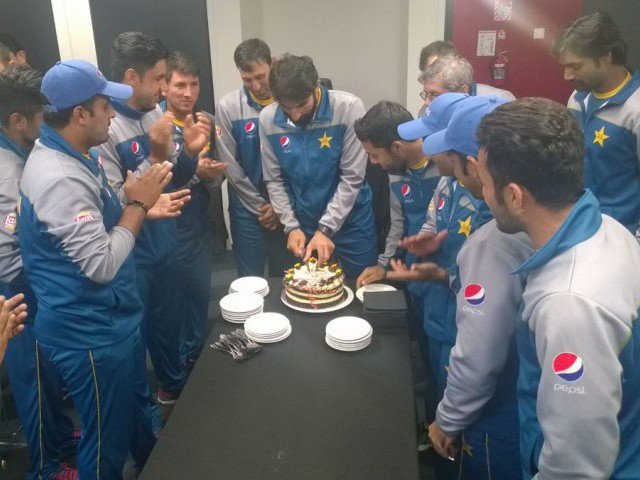 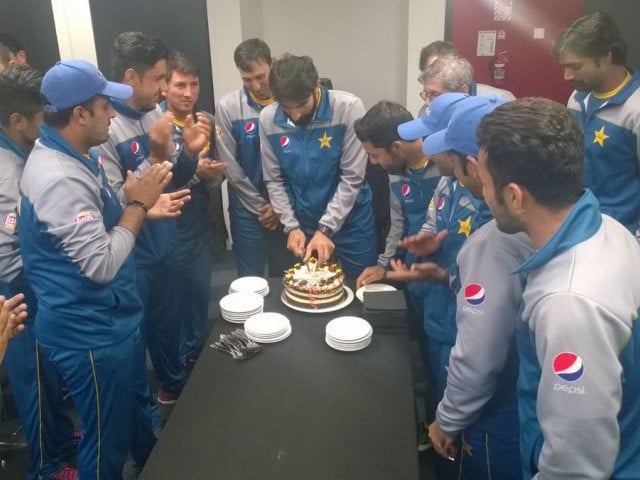 Pakistan are currently playing the first of two-Test series against New Zealand, and the series opener was Misbahul Haqâ€™s 50th as Test captain. He is Pakistanâ€™s most capped Test skipper, surpassing legendary Imran Khan previously during the series against the West Indies in UAE. 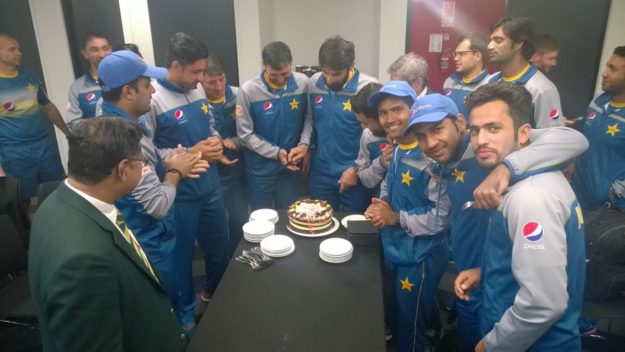 However, the Mianwali-bornâ€™s milestone Test was not a joyful one as Pakistan were bowled out for 133 in the first innings at Hagley Oval in Christchurch during the second dayâ€™s play. Misbah himself scored 31.

Nevertheless, the 42-year-oldâ€™s teammates celebrated their captainâ€™s achievement by having a cake-cutting ceremony.

Earlier, when asked about the 50th Test milestone during an interview, Misbah had said that these records donâ€™t matter much to him. â€œRecords arenâ€™t as important as performances,â€ he said. 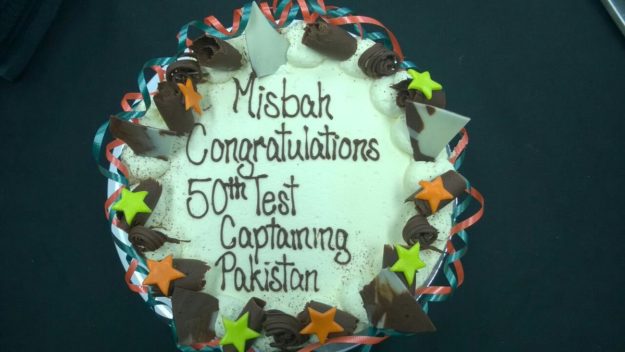 He added: â€œIndividual character as a player should be considered above pride. However, it is always a happy moment to cross a milestone.â€

After concluding the two-Test series in New Zealand, Misbah will lead the five-day side in the series against Australia, which includes three Tests, starting with a day-night affair in Brisbane.

If all goes as planned, the right-handed batsman would have led Pakistan in 54 Tests â€“ that is if he decides to retire after the tour of Australia.