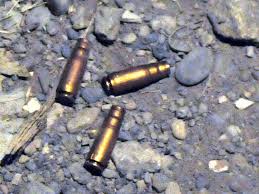 A senior teacher at the Government Science College, Wahdat Road was gunned down by unidentified assailants in Iqbal Town on Tuesday in a suspected contract killing.

Rao Altaf Hussain, a resident of Johar Town, was returning home after dropping his son at school when two unidentified gunmen intercepted his vehicle and shot him point blank, killing him on the spot.

According to Iqbal Town SP Adil Memon, the associate professor was shot at least six times and shifted to a nearby hospital, where doctors pronounced him dead on arrival.

Tehmina Rao, the deceasedâ€™s wife, has filed a police complaint, stating the victim had a personal enmity with a man named Rana Qaiser, who she claimed to be the prime suspect in the case.

Police said Qaiser was already accused of killing his own wife, who was a sister of Tehmina. Rao Altaf was the complainant in that murder case.

Investigation Officer SI Naeemullah said the autopsy of the victim had been conducted and police were awaiting the post-mortem report.

At the crime scene

A senior police official said circumstantial evidence obtained from the crime scene and CCTV footage suggested the murder was a â€˜contract killingâ€™ as the gunmen appeared to be professional killers.

The CCTV footage showed the suspects tailed the victim for some distance and as the professor reached the main road, they blocked the way of his vehicle, forcing him to stop.

The assailants shot at the car while on their motorcycle, and to make sure the job was done, one of the suspects got off the motorcycle and went to the car to fire six bullets at the professor point blank.

Police said the prime suspect nominated in the FIR was reportedly out of the country. Qaiser runs a real estate business in an elite housing society in the suburbs of Lahore.

He had allegedly killed his wife, who was a sister-in-law of the victim, and portrayed it as suicide. Rao Altaf, however, accused him of murder and became a complainant in the case.

Police later established Qaiser had murdered his wife and it was not a suicide. Before the professorâ€™s murder, Qaiser had threatened the victim with dire consequences if he did not withdraw the murder case.

Lahore CCPO Amin Wains has taken notice of the murder and asked the Iqbal Town SP to submit his report. Punjab Chief Minister Shahbaz Sharif has ordered the authorities to submit their report within 24 hours.