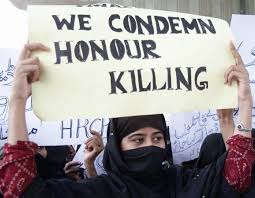 LAHORE: A man allegedly shot a woman dead for refusing his proposal for marriage in Hadiyara on Sunday.

Police said Ramzana Bibi, 25, of Jaliyanwala village had been engaged to Asif, but later their families called off their engagement over a disagreement.

Police claimed Asif and his family tried to settle the issue but failed and the girlâ€™s family arranged her marriage elsewhere.

On Sunday, Ramzana was visiting her parents when Asif also reached there. The suspect called the woman outside the house, shot her dead and tried to flee, but neighbours caught him.

The neighbours alerted police who reached the spot and took the suspect into custody. They also shifted the womanâ€™s body to morgue for autopsy and registered a murder case against the suspect.

Cantonment Division Superintendent of Police (Operations) Tahir Rehman said the suspect was dejected after the girl turned down his marriage proposal and killed her because of that. He said the suspect was caught by the area people and handed over to police for interrogation.