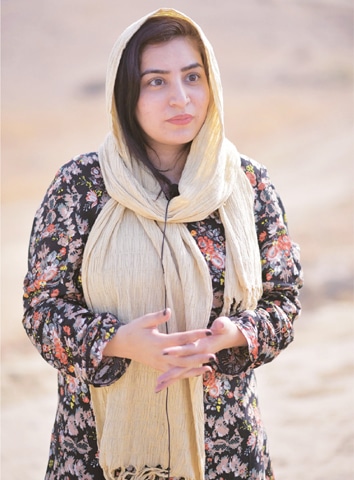 This was the first-ever paragliding activity for general public in the province. Twenty people, incluÂ­ding women, took part in the activity.

Considered a competitive adventure sport, paragliding is one of the most popular recreational activities in the world.

Both men and women took part in the event
The training session was conducted by professional flight instructors.

Talking to reporters on Sunday, the provincial secretary for tourism said that the TCKP wanted to encourage people, especially youngsters, to participate in such recreational activities.

He said the department had made arrangements for a safe and enjoyable paragliding event.

The participants will also be provided transportation, food, first aid kit and some other facilities during the events.

The registration form for the next sessions is available on the TCKPâ€™s website.