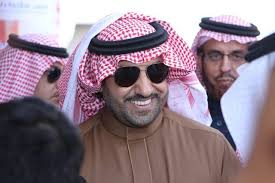 RIYADH: Prince Turki bin Abdel Aziz, a brother of Saudi Arabiaâ€™s king, has died, a statement from the palace published on the official news agency SPA said early on Saturday.

Prince Turki â€” who was born in 1934, according to his official biography â€” was a son of the kingdomâ€™s founder, King Abdul Aziz bin Saud, and a member of a formidable bloc of brothers known as the Sudairi seven, after their mother Hassa bin Ahmed al-Sudairi.

The group also included king Fahd and princes Sultan and Nayef, all now deceased, as well as the present Saudi monarch, King Salman.

Prince Turki, who was deputy minister of defence from 1968 to 1978, was to be buried on Saturday.

King Salman is to receive condolences for three days from Saturday evening, the palace said.

Spain announced King Felipe VI had cancelled a three-day visit which was to have begun on Saturday.

A Spanish diplomatic source said that no new date for his visit has been decided.

The visit was expected to coincide with the signature of a contract under which Saudi Arabia would buy five warships from the Spanish company Navantia.