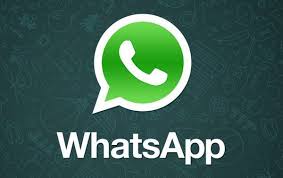 In an effort to improve security, WhatsApp has introduced a two-step verification process on beta version of its Android app.

The feature adds a six-digit password to your account when setting up WhatsApp on a new device.

Normally, WhatsApp sends a text to the device to confirm your phone number but the passcode adds an extra layer of security to make sure itâ€™s not an imposter.

Although you wonâ€™t require entering the passcode every time you open the app, WhatsApp says it would ask users periodically to re-enter the password. However, it did not mention how often it would ask you to do that.

However, thereâ€™s a catch. According to WhatsAppâ€™s support documents, â€œIf you have two-step verification enabled, your number will not be permitted to reverify on WhatsApp within 7 days of last using WhatsApp without your passcode.â€

Your WhatsApp messages are not being deleted from your iPhone

So, if you forget the passcode and did not provide an email id to disable the two-step verification, you will not be able to reverify on WhatsApp within 7 days of last using the app.

â€œAfter these 7 days, your number will be permitted to reverify on WhatsApp without your passcode, but you will lose all pending messages upon reverifying â€“ they will be deleted. If your number is reverified on WhatsApp after 30 days of last using WhatsApp, and without your passcode, your account will be deleted and a new one will be created upon successfully reverifying,â€ it further read.

Basically, you should provide an email id while enabling the two-step verification to override the feature if you ever forget the passcode.

Earlier in April this year, Facebook bolstered the default encryption settings for more than one billion users of WhatsApp â€“ all messages are only accessible to the sender and the recipient.

This article originally appeared on The Next Web