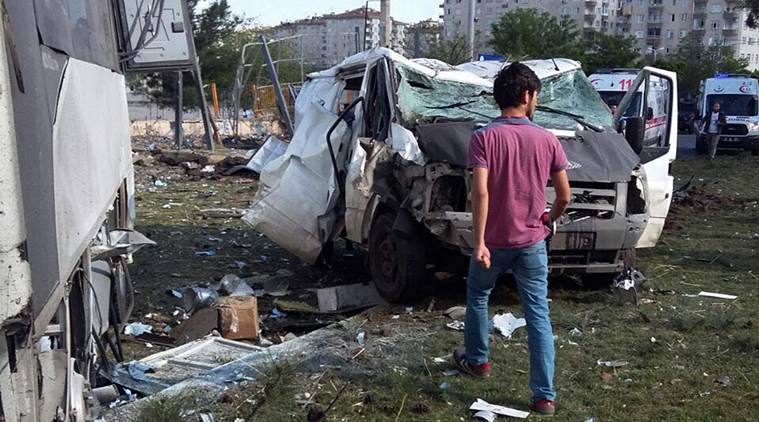 A bomb blast in Turkeyâ€™s Kurdish-majority southeast has killed a local government official and wounded at least two other people, authorities said Friday.

The explosion that state-run Anadolu news agency blamed on the outlawed Kurdistan Workers Party (PKK) tore through the area near a government building in Derik on Thursday.

The PKK, which has waged a bloody insurgency against the Turkish state since 1984, has resumed attacks on security forces since the rupture of a fragile ceasefire last year. Muhammet Fatih Safiturk, who served as sub-prefect as well as mayor of Derik, was tasked by the government with running the area as part of a vast effort to replace local authorities suspected of PKK ties.

He â€œwas martyred early Friday by wounds sustained in a PKK terrorist attack on his office a day earlier,â€ provincial authorities said in a statement.

After the attack security forces apprehended 20 people in the area and they were being held for questioning, Anadolu reported. Ankara has replaced a string of local elected leaders in the Kurdish majority southeast, which the government says is part of its effort to battle the PKK.

Turkeyâ€™s main pro-Kurdish party, the Peoplesâ€™ Democratic Party (HDP), on Sunday said it was pulling out of parliament after nine of its MPs including the two co-leaders were arrested in an unprecedented crackdown.

The arrest on Friday of the MPs, including party leaders Selahattin Demirtas and Figen Yuksekdag, added to tensions as Turkey wages a relentless battle against Kurdish militants and deals with the aftermath of a July 15 failed coup. They have been charged with membership and promotion of the outlawed Kurdistan Workers Party (PKK).

The move also compounded concerns among Turkeyâ€™s Western allies that the state of emergency imposed after the coup bid is being used for a general crackdown against critics of President Recep Tayyip Erdogan and not just the suspected plotters.