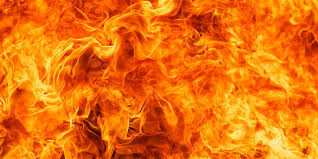 LAHORE:Â In yet another case of a fire in Lahore, three workers were burnt alive inside a garment factory in Shafiqabad on Thursday.

The fatal accident once again exposes the authoritiesâ€™ failure to implement building and safety protocols in the provincial capital.

The blaze erupted due to short-circuit early in the morning when the factory workers had just arrived at Ashraf Garments, a manufacturing unit set up in a double-storey building spread over a three-marla plot in Kareem Park.

At least 20 workers were on duty at the unit, which is situated in a congested residential area. The factory had no proper emergency exit or any attention paid to building bylaws or safety procedures.

The owner had set up his office on the ground floor while the cotton manufacturing units were set up on the second and third floors, police said.

At around 8.30am, Rescue 1122 received the call about the fire. Ten teams of rescuers and fire-fighters arrived at the spot to evacuate the people stranded inside the building. The fire was controlled after at least three hours.

All the workers had managed to flee when the fire broke out except for the three labourers, whose way out was blocked by some fallen cotton bales, according to preliminary investigations. Two of the three victims had already expired while the third man died on the way to hospital. The deceased were identified as Ashraf, 45, Javed, 22, and Shahid 20.

A rescue official said dense smoke, congested area, dangling wires and presence of flammable material inside the factory were the main hurdles in the rescue operation.

This is not the first fire in which labourers have died due to poor working conditions in factories. Recurrent incidents in the provincial capital owing to corporate greed and negligence of government departments have claimed numerous lives.

Two months ago in September, three labourers had died when a boiler exploded in a manufacturing unit of a bakery in Kahna. In June, a worker was burnt to death in a steel factory in Bhaghbanpura.

In November last year, five workers were burnt alive when an oil tanker exploded in Haidri Steel Mill in Batapur.

The place where the latest incident took place is not fit for work at all, said Niaz Khan, the general secretary of Powerlooms and Garments Workers Union. The government has no system of checks as people have setup factories in residential areas.

â€œThe industrial units are growing like wild bushes and there is no system of inspection by the labour department,â€ he said. â€œThere are no emergency exits or clear ways to respond to emergencies.â€

Rescue 1122 spokesperson Jam Sajjad Hussain said no regard for building bylaws or safety codes was the main reason behind the unfortunate accidents. He said the building owners must adhere to the bylaws as it would help save their property as well as the lives on the labourers.

City District Government Lahore spokesperson Imran Maqbool said they were moving factories that were manufacturing chemicals outside the city and a crackdown against such factories was underway. Afterwards, the CDGL would take action against such industrial units, he added.