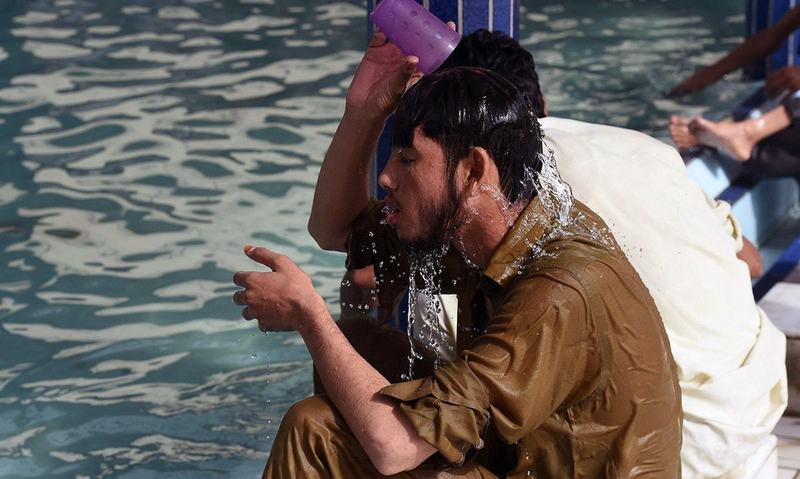 The recently published Global Climate Risk Index 2017 holds some rare good news and the usual dose of bad news for Pakistan. Encouragingly, it states that Pakistan is no longer one of the 10 countries most vulnerable to climate change. While this may be cause for some relief, the country still appears at the 11th spot, losing $907 million and 0.0974 per cent to the GDP. The report also brings forward worrying stats about natural disasters in the country.

Pakistanâ€™s vulnerability is increasing in the long run. This year, Pakistan is ranked 7th in the Long-Term Climate Risk Index (1996-2015); the countryâ€™s position last year was no. 8.

In the Long-Term Climate Risk Index, Honduras, Myanmar and Haiti are the top three countries, most affected from extreme weather events. The Global Climate Risk Index 2017 highlights that Africa was hit hardest by extreme weather events in 2015, with four out of the 10 most impacted countries in the list, Mozambique (1st), Malawi (3rd), Ghana and Madagascar (both 8th), being African.

SÃ¶nke Kreft, the main author of the Index, said, “In our 20 year analysis of weather extremes, nine out of the ten most affected countries are developing countries in the ‘low’ or ‘lower-middle’ income category. These are mostly countries with very low emissions, which are least responsible for climate change.”

The report states that heatwaves claimed most lives last year.

With more than 4,300 deaths in India and more than 3,300 deaths in France, it was seen that both developing and developed countries are impacted by extraordinary temperatures. Pakistan lost more than 1200 lives due to heatwaves in 2015.

According to the Global Climate Risk Index 2017, “Most of the affected countries in the bottom 10 of the long-term index have a high ranking due to exceptional catastrophes. Over the last few years another category of countries has been gaining relevance: Countries like the Philippines and Pakistan that are recurrently affected by catastrophes continuously rank among the most affected countries both in the short and long-term index for the last five years.”

“Pakistan remains a country which is highly vulnerable to the growing effects of climate change. This is evident from the fact that Pakistan is amongst the top 10 countries affected by climate change, over a 20 year time horizon (1996-2015), as the 7th most climate impacted country.”

“What is most disturbing and evidently clear is that climate change, for Pakistan, is not just an environmental issue but an issue directly affecting the countryâ€™s development and economy, as the report points out that US $3.8bnhas been the economic loss suffered by Pakistan, which amounts to a hit of at least 0.6pc of its GDP every year,” Amin said.

He further warned that the most significant threats for Pakistan, affecting the most vulnerable population in the country are:

“The year 2015 has been a year of rare and relative climate calm in Pakistan, as the flood situation remained in controllable limits,â€ he said.

â€œThis, however, is a valuable interlude to a string of climate disasters as over 133 natural disasters have hit Pakistan over the 20 year period and the topography and geography of the country make it unavoidably vulnerable,” he added.

Malik Amin suggested the country to keep a focus on practically implementing the plans for climate resilient development and climate proofing its infrastructure, as well as keeping disaster management plans in place for adapting to future climate triggered events.

While commenting on the report, Dr Adil Najam, dean at the Pardee School of Global Studies, Boston University, and former VC, Lahore University of Management Sciences (LUMS) said, “The news is not that Pakistan is vulnerable to climate change. We Pakistanis recognise vulnerability in our guts. The real news is that despite being so, we keep ignoring the reality of this fact. Whether at the government level or at the individual lifestyle level, we act as if we have a lot of time. In fact, we do not.”

Dr Adil said, “We as a nation take perverse pleasure in indices such as this telling us how dire things are. As if victimhood is a matter of pride. And yet, there is little change in our behaviour. What is needed is not more reports or inventing new bureaucracy. What is needed is real innovation in policy and action at every level.”

The Global Climate Risk Index 2017 by think tank Germanwatch may serve as a red flag for the nations whose vulnerability continues to increase, as extreme weather events become more frequent and exacerbated by climate change.