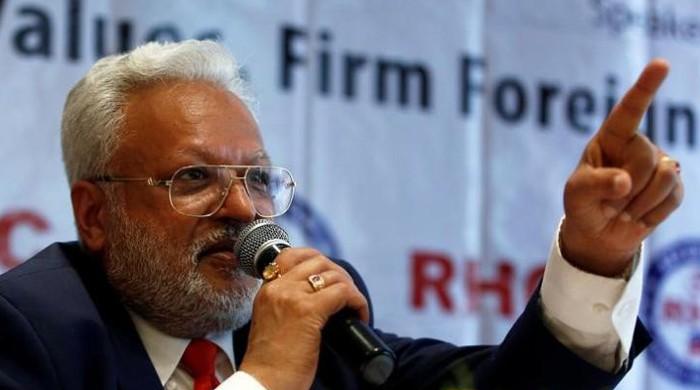 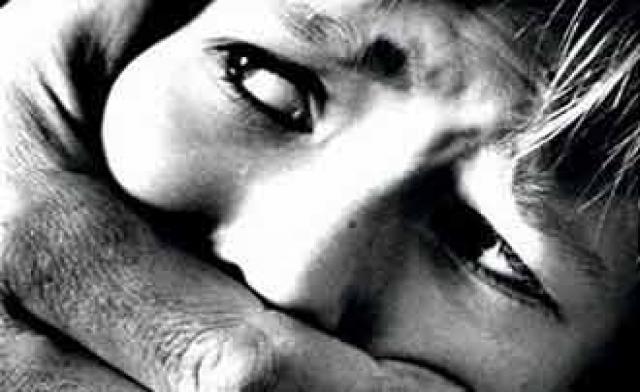 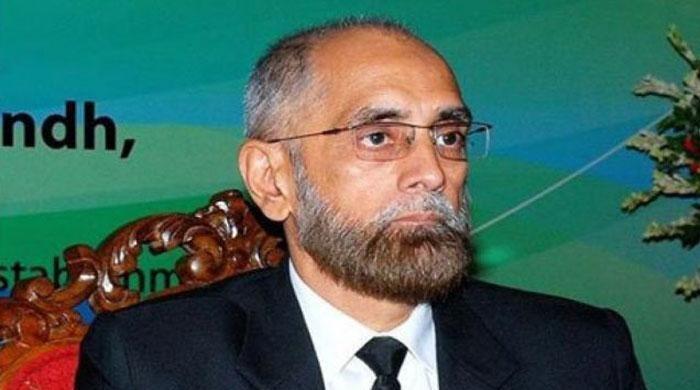 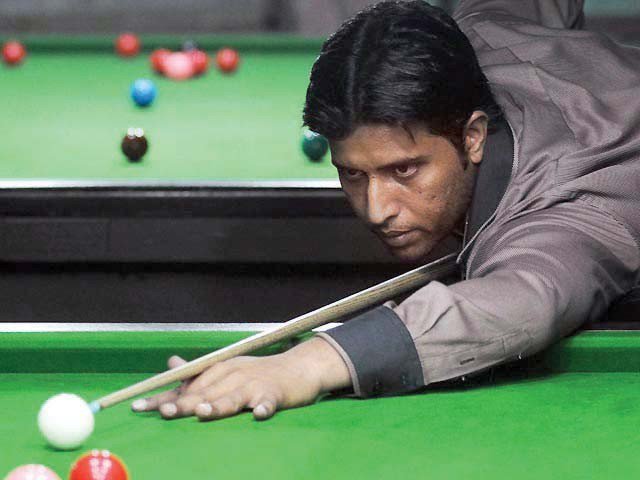 2012 IBSF world champion Muhammad Asif will be hoping to guide Pakistan to a third crown as he, Babar Masih and Muhammad Bilal gear up for this yearâ€™s IBSF World Championship, which commences from November 18 in Qatar.

â€œOf course this is the biggest event and I would want to win the championship again,â€ the 34-year-old The Express Tribune. â€œBut it is tough as there are so many quality players. The key will be to keep steady and perform under pressure as that is where we normally falter.â€

Pakistan have had two champions in the past with Asifâ€™s triumph in 2012 coming 18 years after Mohammad Yousuf lifted the trophy in 1994. Since then, only Muhammad Sajjad has come close to winning the title when he finished runner-up in the 2014 event.

Asif, meanwhile, is satisfied with the team that will travel to Qatar and hoping a strong team ethic will help guide the country to the title.

â€œAs a player I want to win but I also want others to succeed as well. This is about getting a trophy for Pakistan and for that we have to help each other out; only then can we survive,â€ he revealed.

Masih, who won the Asian Confederation of Billiards Sports Championship team event with Asif, is excited to test himself against the worldâ€™s best.

â€œIt certainly is exciting to come up against players from around the world, but I know winning wonâ€™t be easy. We need to keep our focus if we are to win the tournament. But this would be an amazing experience,â€ he said. 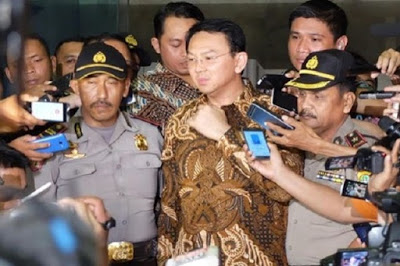 On Friday, over 100,000 people from various Muslim groups swarmed Jakarta streets to urge authorities to prosecute Ahok for alleged religious defamation.
Gubernatorial candidate and incumbent Jakarta Governor Basuki “Ahok” Tjahaja Purnama answered a police summons on Monday to be interrogated on his role in an alleged blasphemy case, three days after a mass demonstration pressured police to prosecute him.

Ahok arrived at the National Police’s headquarters in South Jakarta at 8:15 a.m., accompanied by several members of his gubernatorial campaign team, including City Council Speaker Prasetio Edi Marsudi of the Indonesian Democratic Party of Struggle (PDI-P), councilors Merry Hotma of the PDI-P, Muhammad â€œOngenâ€ Sangaji of the Hanura Party and Democratic Party lawmaker Ruhut Sitompul, who is also a lawyer.

“As leader of Ahok’s campaign team, I want to give him moral support,” Prasetio told reporters.

Ahok, meanwhile, made no comments before entering to the National Policeâ€™s Criminal Investigation Department (Bareskrim) office, only giving a smile and wave to the press.

“We respect Pak Tito [Karnavian, the National Police chief]. We will wait whether there is any [basis] for religious defamation or not. If not, then we should accept it. Indonesia is a country that is based on the rule of law,” he said.

Ahok, a Christian and Indonesian of Chinese descent in a Muslim-majority country, has sparked uproar among Islamic groups after he made a comment about a Quranic verse during his visit to Thousand Islands regency in late September. The police has received dozens of reports regarding the case. (hwa) 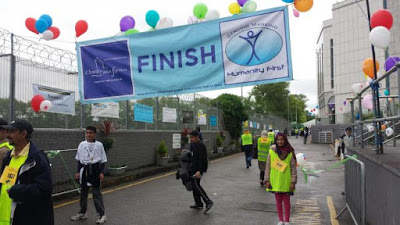 The finest example of a faultless community can be simply recognized by studying the ways of the Ahmadiyya Muslim Community whose motto is â€˜love for all, hatred for noneâ€™ – the ideal model for a faultless way of life, if one does indeed exist.
How do you empower the youngest generation of today then to endow them with the comforts of a non-judgmental, close-knit community? Â In a world like todayâ€™s, where we crumble under the pressure of incoming exams as well as maintaining a functioning social circle, the Ahmadi ladies of Sutton thrive and illuminate us upon their journeys of endurance through these challenges.

The Ahmadiyya Muslim Community is an international Islamic movement with their headquarters based in the London mosque of Baitul Futuh â€“ the largest mosque in Britain.

One member informs me of the communityâ€™s endearing â€˜strength and kindnessâ€™ as well as how confidence is instilled in each member through the sheer â€˜positivity and kindness radiating through itâ€™. Â She goes on to say ,â€˜our Lajna (female Ahmadi in Urdu) community has always been out there doing amazing charitable eventsâ€™ that frequently go underappreciated such as members â€˜who visit the elderly and sick in care homes regularly, who give gifts to the less fortunate, who host regular coffee mornings for non-Ahmadis and much more.â€™

Another describes how the community â€˜explain in depth what we are expected to just know as teenagersâ€™ and â€˜empower us morally to be the better personâ€™ while illuminating us upon how this opportunity has resulted in â€˜hundreds of opportunities to help develop my life skills … and gives you the motivation to want to better yourself in every way.â€™

With the increased pressure of the new GCSE system in our lives as well superfluous appearance expectations to live up to, it isnâ€™t difficult to appreciate exactly why the depression, suicide and self-harm rates of teenagers in London are rapidly escalating. Â A community minus judgment and expectations is precisely what is required for the well-being of todayâ€™s adolescents, whereupon they can be themselves without the ever-present fear of being mocked by others and have distinctive, clear goals for the future.

The finest example of a faultless community can be simply recognized by studying the ways of the Ahmadiyya Muslim Community whose motto is â€˜love for all, hatred for noneâ€™ – the ideal model for a faultless way of life, if one does indeed exist. 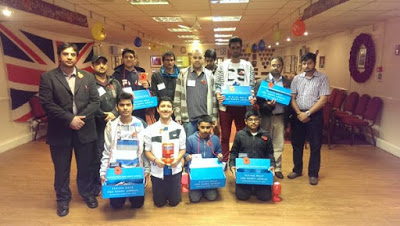 MEMBERS of the Ahmadiyya Muslim Community have raised over Â£3,100 for the Royal British Legion poppy appeal in just two days of fund raising.

A 30 strong team of fund raisers spent the weekend collecting money for the appeal at various collection points and president of the community, Atiq Ahmad Bhatti, was amazed at the generosity of the general public.

He said: “Every year, members from the Ahmadiyya Muslim Community U.K. raise thousands of pounds for the Poppy Appeal throughout the U.K., at supermarkets, football stadiums and airports.

“The generosity of the British Public has, like always, far exceeded our expectations. They have donated an incredible amount towards this most important appeal.

This year will also see the Ahmadiyya Muslim community lay a wreath at the remembrance Sunday ceremony in Burnham. This is the 4th year the Muslim community has done this and it is something that Atiq sees as a big honour.

He said: “To lay the wreath for all those who fought to keep us safe, irrespective of faith, is and always remains a humbling experience. We stand shoulder to shoulder with the people of the U.K. is mourning and remembering those who fought for our country.” 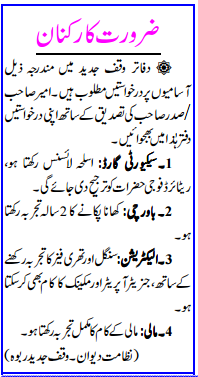 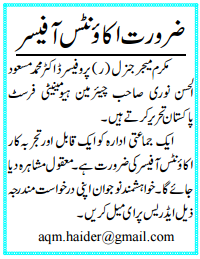