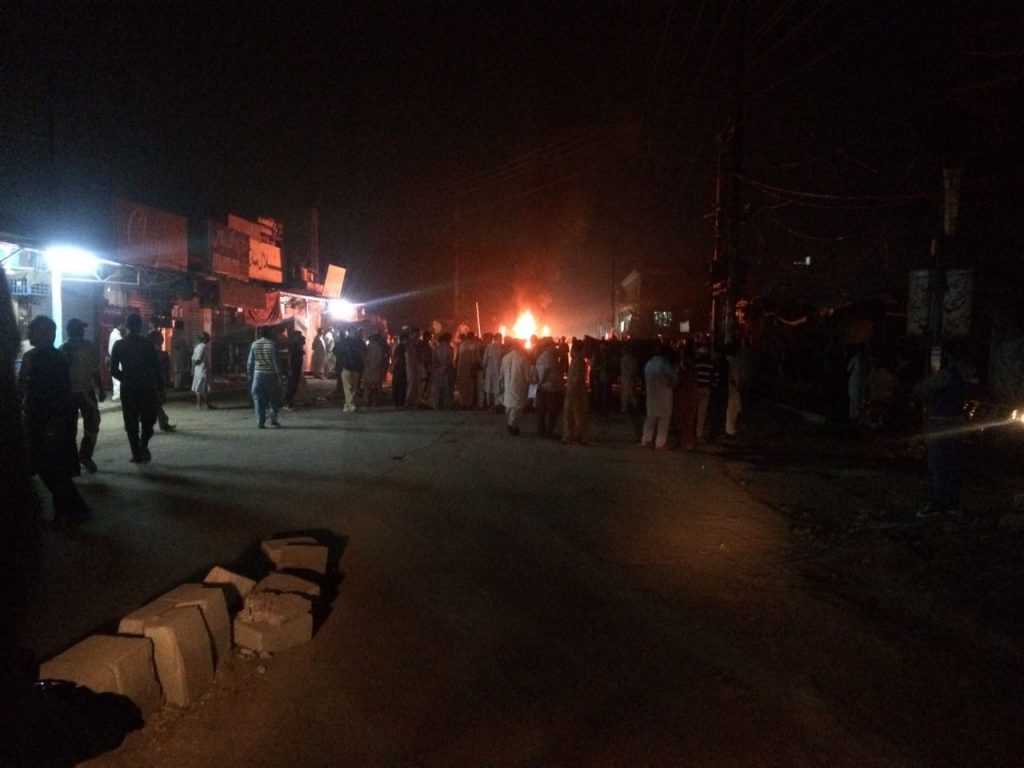 Tonight a protest raised against the authorities who took operation against encroachments in Rabwah bazar and removed all illegal possessors.

All possessors were aggressive due to the strict action of authorities and they raised with a aggressive protest in the mid of Bazar (near RailwayÂ Crossing). They burned tires and furniture in aggression.

While police were also came on time and handled the situation very well and bound protesters to protest in a specific place. While public is facing lots of problems due to the blocked roads.

While public is of the view that the action of authorities is good and the illegal possessors must be removed from the Bazar so the roads become wide and passing of trafficÂ become easy in Bazar.