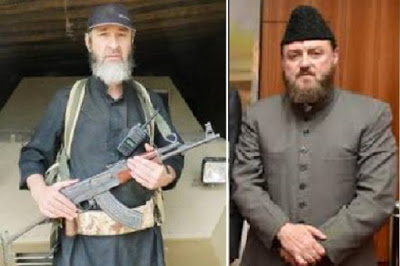 “I honestly tried to show him that this Ideology was wrong and such teachings were not to be found in the Qurâ€™an or the Sunnah of the prophet.”

The 49-year-old, born Terrence Kelly, from the Liberties in Dublin, had planned a suicide bomb attack on Friday in Tar Afar.

But as the former altar boy approached the Popular Mobilisation Forces, near Mosul, in a truck packed full of explosives, he was shot down by a rocket.

Eight troops were injured from the blast when Kelly was killed.

Ibrahim Noonan, national Imam of Ahmadiyya Muslim Association of Ireland, has encouraged all Irish Muslims to stand against terror.

He is concerned Kelly will not be the last Irishman to take up arms for ISIS.

He believes some young Irish men become radicalised in university when they take an interests in human rights issues in conflict zones.

He added: â€œThere are other young men from Ireland, young men who fell for their [ISIS] ideologies and I know that a lot of young Irish men have been following ISIS.

â€œIâ€™m worried about a number of young men Iâ€™ve not seen in a while.

â€œI stopped a young man from going to Pakistan recently. I said he will end up in Iraq or Syria.â€

ISIS used propaganda to claim Kelly â€“ also known as Abu Usama A-Irlandi â€“ had killed and wounded dozens but this later transpired to be false. Imam Noonan had known Kelly for 25 years and was sickened by his evil act.

He said: â€œKhalid has left a legacy that is wrong but he will not be the last.

â€œI honestly tried to show him that this Ideology was wrong and such teachings were not to be found in the Qurâ€™an or the Sunnah of the prophet.

â€œI feel sombre at such a waste of a life and an Irish life, brainwashed by extremists in the UK and Ireland.â€

Imam Noonan called on all Islamic leaders to â€œcome out and say we do not support extremismâ€.

He added: â€œUntil they are brave and say this, this wonâ€™t be the last Irishman who might go and fight alongside ISIS.â€