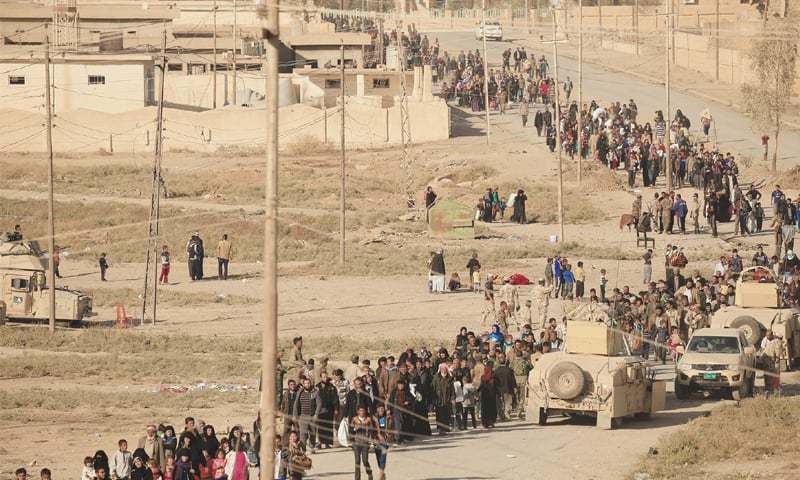 TIKRIT: Suicide bombers driving ambulances packed with explosives detonated their vehicles at a checkpoint and a car park for Shia pilgrims in two Iraqi cities on Sunday, killing at least 25 people, officials said.

One bomber detonated an explosives-rigged vehicle at the southern entrance to Tikrit, while another other blew up an ambulance at a car park in Samarra, possibly in concert with a third bomber.

The Iranian news agency ISNA quoted an Iranian official as saying that ten Iranian pilgrims were killed in a suicide attack in Iraqâ€™s holy city of Samarra. Pilgrimage official Mohammad Javad Daneshyar said the Iranians were getting off a bus when an ambulance carrying the suicide bomber approached them and blew up.

The Tikrit attack killed at least 15 people and wounded at least 33, while at least 10 died and at least 25 were wounded in Samarra, security and medical officials said.

Iranian pilgrims were among the victims in Samarra, which is home to a major Shia shrine that was bombed in 2006, setting off a wave of brutal sectarian violence.

IS issued a statement claiming Sundayâ€™s attacks, but said there were three suicide bombers: two who struck Samarra and the third who attacked Tikrit.

Iraqi troops and security forces battled to retake the northern city of Mosul from the militant Islamic State group that has controlled it for more than two years.

They appeared to be part of a series of diversionary attacks by the ultra-hardline Islamists, who have struck the Kurdish-controlled city of Kirkuk, the capital Baghdad and a western desert town during the three-week Mosul campaign.

In Tikrit, a bomber detonated his explosives-laden ambulance at the southern entrance to the city during the morning rush hour, killing 13 people, police and hospital sources said.

Another attacker detonated a vehicle in a car park for pilgrims visiting Al-Askari mosque in Samarra, south of Tikrit.

The bomb killed at least eight people, local officials said, including Iranian pilgrims. The local operation command, a joint military and police unit, said the vehicle used in Samarra was also an ambulance.

Iraqi troops and security forces, backed by a US-led international coalition, are battling the militant Islamic State group in the northern city of Mosul.

Special forces have entered eastern districts, where they faced fierce resistance from the militants who deployed car bombs, snipers and mortar fire against them.