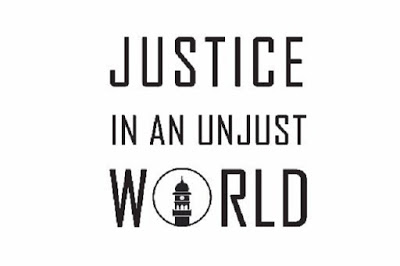 In chapter Al-Maiâ€™dah (The Table) of the Quran, Muslims are commanded to act with justice, even against an enemy: â€œO ye who believe! be steadfast in the cause of Allah, bearing witness in equity; and let not a peopleâ€™s enmity incite you to act otherwise than with justice.â€

That the world is increasingly moving towards instability is not shocking. Â Riots and protesters are common on the streets of countries across the world. Â Neither the rich nor the poor are immune from these eruptions. Â Greece, Egypt, South Africa, Iceland, Venezuela, Pakistan, Myanmar, and even the United States have seen their share of protesters. In the United States, movements like Occupy Wall Street, Black Lives Matter, environmental protesters, and those like the â€œalt rightâ€ that take their message online have made it clear that in the age of social activism, people will not tolerate injustice, perceived or real.

Brexit is a stark reminder of what can happen when stable democracies are caught off guard. Incredibly France has been pegged as one of the countries to suffer from civil unrest. Â The London-based firm Verisk Maplecroft compiled a Civil Unrest Index in which France tops all Western countries, barely beating out Afghanistan and Mali. Non-western countries dominate this index, but only because western countries have more institutionalized laws to soften the blow-back.

Unfortunately for the vast majority of the countries there is little in the way of such protections, so their problems are felt more acutely. Â Many of their problems are due to the corruption of their own people, but that is not to suggest that western governments have been just in their dealings with them. Â As John Perkins documented in his book, â€œConfessions of an Economic Hitmanâ€, western powers have regularly taken advantage of smaller, weaker nations. Lately, this economic enslavement has been further exacerbated by inciting wars among nations. The only â€œwinnersâ€ in these wars are the big, powerful arms dealers.

While the problem is well-documented, the solution appears to be much more difficult. Think tanks have offered everything from sanctions, wars, and regime changes, but whether deliberate or sheer incompetence, their solutions have done little to quell unrest. The way to deal with these problems, from wars in the Middle East to movements like the Black Lives Matter, is to deal with justice and good faith. Â On the surface, this may seem overly simple, even naÃ¯ve, but this simple principle can resolve deeply rooted conflicts.

Since many of these conflicts have their roots in Muslim nations, it is only fitting that Islam offers a solution. Indeed, the level of justice Islam demands of its followers has no parallel. Â In chapter Al-Maiâ€™dah (The Table) of the Quran, Muslims are commanded to act with justice, even against an enemy: â€œO ye who believe! be steadfast in the cause of Allah, bearing witness in equity; and let not a peopleâ€™s enmity incite you to act otherwise than with justice.â€ Islam goes even further in defining true justice. In chapter Al-Nahl (The Bee), Muslims are commanded: â€œIndeed Allah requires you to abide by justice, to treat with grace and to give like the giving of kin to kinâ€¦â€ In this verse Muslims are reminded that the ultimate form of justice is to treat others as your own kin. Â This is exactly how the early Muslims behaved when dealing with both refugees and enemy soldiers. Only when Muslims heed this message, will they be able to resolve the conflicts that have plagued their nations for more than a century.

This is the message that the worldwide leader of the Ahmadiyya Muslim Community, the Khalifa of Islam, Mirza Masroor Ahmad delivered at the Peace Symposium in Canada in his talk titled â€œJustice in an Unjust World.â€ His Holiness reminded the audience that while on one hand the world is closer than ever, rampant injustice by powerful entities is creating an ever-increasing gap between the rich and the poor. This gap will only fuel more violent conflicts. Unless the world adopts the standard of justice defined by Islam, the future looks rife with conflicts, violence, and unrest. Unless governments across the world take serious measures to curb the unrest that threatens to undermine stability, one day Americans may find they have surpassed France on the Unrest Index. That is the humiliating price we will pay for our shortsighted victories of today.