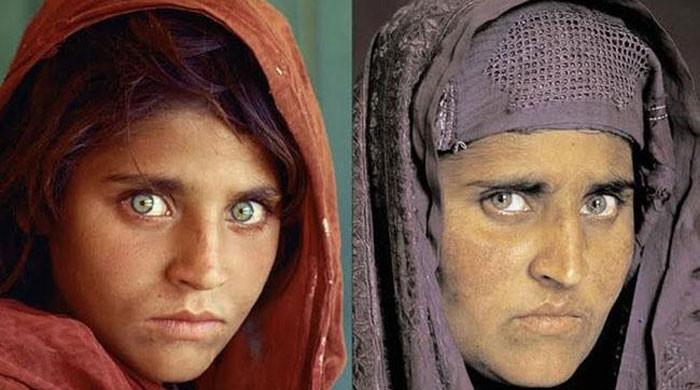 Nat Geo’s famed ‘Afghan Girl’ Sharbat Gula on Tuesday refused to stay in Pakistan in response to the Khyber Pakhtunkhwa (KP) government’s offer to stop her deportation from the country.

A special anti-corruption and immigration court had earlier ordered the deportation of Sharbat Gula, the green-eyed â€œAfghan Girlâ€ whose 1985 photo in National Geographic became a symbol of her countryâ€™s wars, after finding her guilty of illegally obtaining a Computerised National Identity Card.

The court had also sentenced her to 15 days imprisonment and fined her Rs110,000.

Sharbat Gula and Afghan government, in an application submitted to the KP government, pleaded for her departure from Pakistan to Afghanistan on completion of her 15-day sentence on Wednesday [November 9].

The ‘Afghan Girl’ had pleaded guilty to six charges against her, including her illegal stay in Pakistan, forgery, cheating, tampering with documents and violation of the Nadra (National Database and Registration Authority) Act.

A day after her arrest, the United Nations High Commissioner distanced itself from Sharbat Gula, claiming that she was not a registered refugee.

The decision of stopping her deportation was taken on Saturday by the provincial government on humanitarian grounds and as a goodwill gesture towards Afghanistan.

KP lawmaker Shaukat Yousafzai while talking to DawnNews said, “We had taken steps to stop Sharbat Gula’s deporation but if she wants to leave, it is her decision”.

“A delegation of KP assembly will meet Sharbat Gula on Tuesday to express good wishes,” he added.

Sharbat Gula will leave for Afghanistan on Wednesday through Torkham border.