May warns lawmakers against blocking Brexit 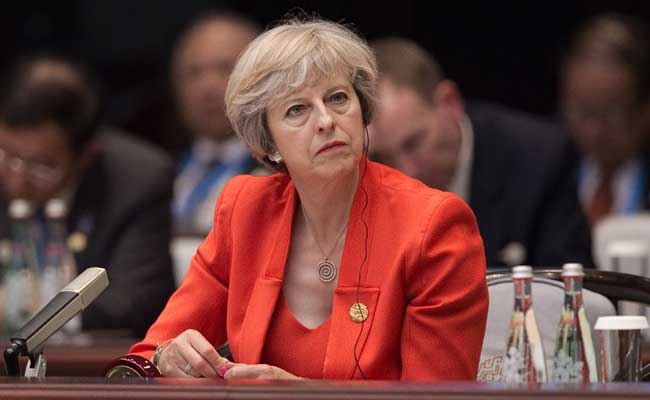 May warns lawmakers against blocking Brexit

LONDON: British Prime Minister Theresa May warned lawmakers on Sunday not to block Brexit, after the High Court ruled that she cannot start the process of leaving the European Union without parliamentâ€™s approval.

â€œMPs and peers who regret the referendum result need to accept what the people decided,â€ May said in her first comments since Thursdayâ€™s controversial judgement.

The Conservative government is appealing the courtâ€™s finding that parliament must agree to the triggering of Article 50 of the EUâ€™s Lisbon Treaty, which begins formal negotiations on Britain leaving the bloc.

The ruling prompted outrage among Brexit supporters, amid speculation that pro-European lawmakers would seek to water down the break with the EU and derail Mayâ€™s plans to begin formal exit talks by the end of March.

In a statement issued ahead of a trade mission to India, the prime minister said she was focused on getting the best outcome from Brexit following the June referendum vote.

â€œThat means sticking to our plan and timetable, getting on with the work of developing our negotiating strategy and not putting all our cards on the table,â€ she said.

The ruling sparked attacks on the judges involved, with one newspaper calling them â€œEnemies of the Peopleâ€, while one of the claimants in the case has received online rape and beheading threats.

UK Independence Party (UKIP) leader Nigel Farage warned that the political temperature was â€œvery, very highâ€, and said there would be public outrage if parliament sought to undermine the Brexit vote.

â€œWe will see political anger the likes of which none of us in our lifetimes have ever witnessed in this country,â€ the leading Brexit campaigner told the BBC.

Opposition Labour leader Jeremy Corbyn, whose party has 231 MPs in the 650-seat House of Commons, said this week that he would not seek to reverse the referendum result.

But the Sunday Mirror tabloid reported that he would vote against Article 50 unless May agreed to press for continued access to the European single market and guarantee EU workplace rights after Brexit.

â€œThese must be the basis of the negotiations. And it doesnâ€™t necessarily cause a delay,â€ Corbyn told the paper.

The leftist leader later sought to clarify his position on Twitter, saying: â€œWe wonâ€™t block Article 50 but will fight for a Brexit that works for Britain.â€

May has said one of her priorities will be cutting EU immigration, a goal that EU leaders have warned is incompatible with continued membership of the single market.

The High Court decision has fuelled speculation that May might call a snap election to strengthen her support in the House of Commons before the vote on Article 50.

Corbyn said his party was preparing for the election to be brought forward from 2020, although Health Secretary Jeremy Hunt played down the idea.