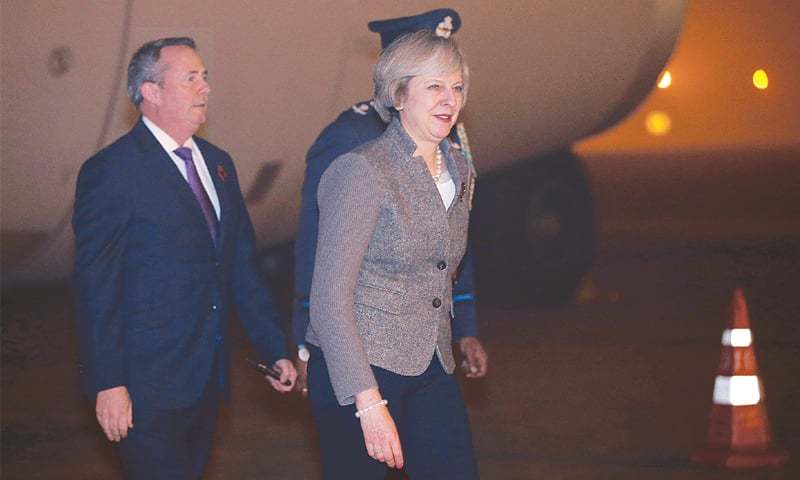 NEW DELHI: Britainâ€™s prime minister arrived in India late on Sunday on her first bilateral visit outside the European Union since taking office, as she looks for a post-Brexit trade deal with the worldâ€™s fastest-growing major economy.

Theresa May landed in smog-covered New Delhi, which is battling with one of its worst pollution spells in recent years.

She will set the tone for the visit when she addresses business leaders, followed by discussions with her counterpart Narendra Modi, in the capital on Monday.

On Tuesday, May is scheduled to travel to Indiaâ€™s southern tech hub of Bangalore, where she will meet state leaders, visit an industrial area and meet a business delegation before flying back to London.