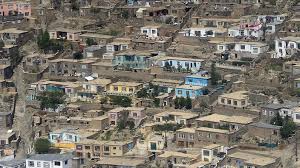 KABUL: An Australian worÂ­king for a non-governmeÂ­ntal organisation (NGO) in Afghanistan was reported kiÂ­dÂ­Â­Â­napped in the capital KaÂ­bul on Saturday, officials said.

â€œThe Australian Embassy in Kabul is making urgent enquiries into reports an Australian has been kidnapped in Kabul,â€ a spokesman for the Department of Foreign Affairs and Trade in Canberra said in an emailed statement on Sunday. â€œDue to the nature of the incident we will not be commenting further.â€

Afghan television station Tolo News said on Sunday the Australian woman was abducted at gunpoint in the Qala-i-Fatullah area in the centre of the city.

Kidnapping has long been a major problem in AfghaÂ­nistan, affecting Afghans more often than foreigners, with ransom often the motive. However, there have been several abductions of foreign aid workers, including at least two Australians this year alone.

Kerry Jane Wilson, who was abducted from the office of a charity in the eastern city of Jalalabad in April, was freed in August.