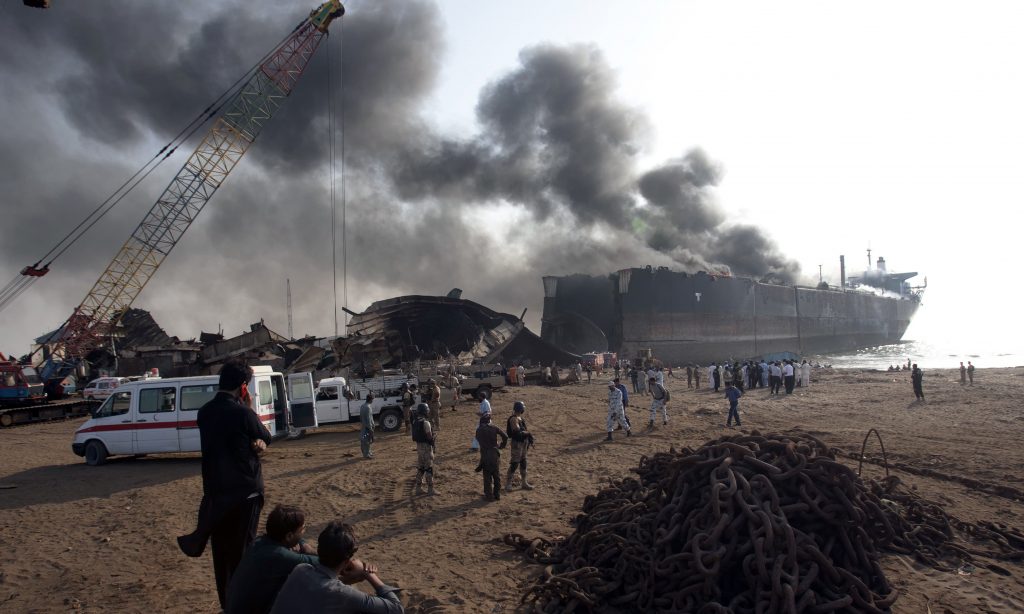 The death toll from an explosion and fire at Gadani shipbreaking yard has risen to 19, officials said Wednesday, as a search continued for more victims.

At least 58 others were wounded on Tuesday when a gas cylinder exploded and started a fire inside an oil tanker at the Gadani yard.

“It can take another 48 hours to control the fire, as the tanker still has a significant quantity of oil present in the ship,” said Commissioner Kalat Hashim Gulzai.

Local firefighters supported by the Pakistan Navy and coastguard were still battling to extinguish the fire Wednesday, Hashim said.

He said the contractor for the tanker work had been arrested and all shipbreaking at the yard has been banned while safety standards are reviewed.

A local government official, Zulfiqar Hashmi, said that four more bodies were found from the sea with minor burn injuries. He added that it could not be ascertained whether the workers died inside the oil tanker or as a result of jumping into the sea.

The fire has reportedly spread to the engine room of the ship which contains fuel and gas cylinders.

Industrial accidents are common in Pakistan, with workplaces often forgoing basic safety measures and equipment in the absence of legislation to protect labourers.

A devastating fire at a textile factory in Karachi killed 255 people in 2012.