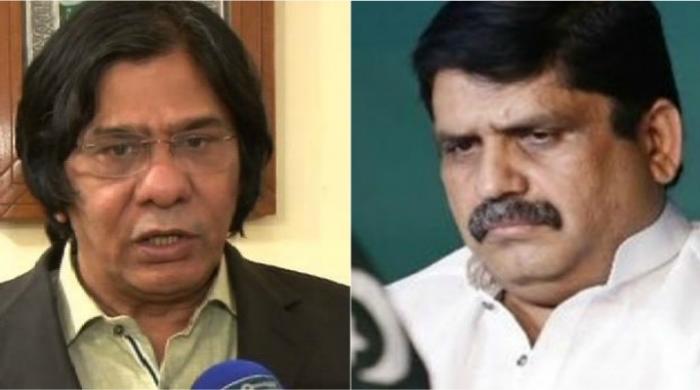 The two leaders were taken into custody in July for their alleged involvement in securing medical treatment for criminals at former federal minister Dr. Asim Hussain’s Ziauddin hospital in Karachi.

The two political leaders were released on the condition that they would surrender their passports to the court and submit bail bonds of Rs0.5 million each. The court has also ordered authorities not to issue new passports to the two suspects.

Siddiqui, a senior MQM Pakistan leader, was accompanied by party convener Farooq Sattar to the party’s offices in PIB Colony.

“We hope that innocent MQM activists will be released soon,” said Sattar. “We are also hopeful that the arrests of our peaceful workers will also end.”

Anees Qaimkhani, a prominent former member of the Muttahida Qaumi Movement, was expected to address the media later in the day. Qaimkhani is one of many MQM leaders who defected to join Mustafa Kamal’s Pak Sarzameen party earlier this year.

The Sindh High Court had granted bail to Rauf Siddiqui, Anees Qaimkhani, Dr Asim Hussain, and Pasban leader Usman Moazam on Tuesday in the case pertaining to the charges of harbouring and providing medical treatment to terrorists.