Can once again be among worldâ€™s best, says Ajmal 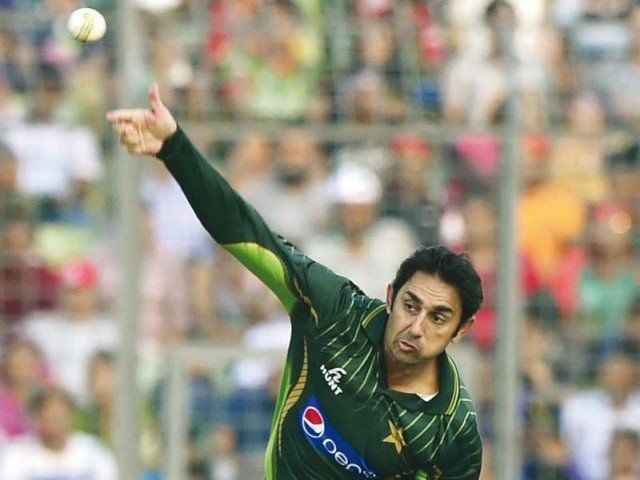 Can once again be among worldâ€™s best, says Ajmal

Discarded Pakistan off-spinner Saeed Ajmal has not yet given up hopes of reviving his international career and is looking for â€˜one last chanceâ€™ to prove himself, he said in an exclusive interview with The Express Tribune.

With 178 wickets from 35 Tests under his belt, Ajmal once ruled Pakistanâ€™s wicket-taking charts before a bowling ban in September 2014, due to an illegal action, jolted his career.

Although he did return with a modified action for the tour of Bangladesh in April the following year, where he only managed one wicket from three matches â€” two ODIs, one T20I â€” giving away a combined 148 runs, he was not able to stamp his authority in the national side again.

That tour saw him go out of favour in the selectorsâ€™ eyes and he hasnâ€™t made it to the national side since then.

However, Ajmal believes the Bangladesh tour came too soon for him and that he is much comfortable and more lethal with the ball at the moment. â€œI was not comfortable with my new action [against Bangladesh] but now I am bowling with much command,â€ he said. â€œI can even bowl the doosra with this modified action.â€

The 39-year-old also added that he has regained his lost touch. â€œI donâ€™t think there will be any problems with my bowling action if I stage an international comeback. I have regained the lost touch and I think I can still prove myself as a champion off-spinner.â€

While Pakistan have been doing remarkably well in the longest format of the game, Misbahul Haqâ€™s side is in desperate need of a right-handed off-spinner and Ajmal has raised his hand for the role.

â€œI can still bowl long spells with authority. And itâ€™s not only in Tests, I can be very useful in the limited-over formats as well,â€ he said referring to his performance in the recently-held National T20 Cup, where he finished as the top wicket-taker with 20 scalps.

â€œAll I need is just one last chance to prove myself. I think I deserve a comeback,â€ he said.

again be, among worldâ€™s, best, Can once, says Ajmal