Perspective: ‘Get the Insurance Companies the Hell Out’ of Healthcare System | Jon Queally 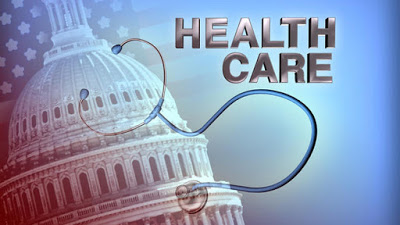 Perspective: ‘Get the Insurance Companies the Hell Out’ of Healthcare System | Jon Queally

“The excuses being offered by the Obama administration are far from reassuring: give more public money to profiteering insurance corporations, or switch to a cheaper plan with much higher out-of-pocket costs and more restrictions on access to the doctors and hospitals of your choice.

Right-wingers like Charles Krauthammer don’t “think anybody should buy it”â€”and too many Democrats actually don’t want to talk about itâ€”but that doesn’t mean advocates for a single-payer or ‘Medicare for All’ healthcare system aren’t responding to news about rising insurance premiums for the Affordable Care Act (ACA) with renewed demands.

Just weeks away from national elections, the U.S. Department of Health and Human Services (HHS) made financial and political news late Monday by announcing the average premiums for plans under the ACA (aka Obamacare) will rise significantly for many consumers in 2017.

And while Republicans predictably seized on the development as an easy opportunity to again use Obamacare as an electoral cudgel, backers of the legislationâ€”including many Democrats who voted for itâ€”were left trying to defend a healthcare system that has enriched (and emboldened) the private health industry since its passage in 2010. Though progressives have been able to champion specific positive impacts of the lawâ€”including Medicaid expansion, the use of pre-existing conditions to prohibit coverage, and expanding the number of insured peopleâ€”there remain significant shortcomings that critics say cannot be ignored.

According to Jean Ross, co-president of the National Nurses United, which has longed organized for a single-payer system, the premium increases announced Monday are “outrageous” and just the most recent “sign of a broken, dysfunctional healthcare system.”

In its report on Monday, HHS explained that for consumers who have Obamacare mid-level plans purchased on the federal exchange, premiums will increase an average of 25 percent next year. While some states will see larger increases, others will be less than that. And while the Obama administration pointed out that many people who use these plans receive government subsidies to pay for them, the Associated Press reports how an “estimated 5 million to 7 million people are either not eligible for the income-based assistance, or they buy individual policies outside of the health lawâ€™s markets, where the subsidies are not available.”

“There is only one permanent fixâ€”stepping up work for enactment of a humane health care system based on patient need not private profits that guarantees universal health care for all through an expanded and updated Medicare for Allâ€”the same approach that works in virtually every other country on earth.”
â€”Jean Ross, National Nurses United

Additionally, as some major insurers have withdrawn from the federal exchange, as well as certain state-level exchanges, AP notes that about 1 in 5 consumers will only have plans from a single insurer to pick from during the 3-month enrollment period which begins on November 1.

Despite those numbers, HHS Secretary Sylvia Burwell said that 72 percent of those enrolled in an Obamacare plan should be able to find a plan with a premium of less than $75 per month. “Our nation has made historic progress under the ACA,” Burwell said in a statement, “and now we want to build on that progress to further improve affordability, access, and quality.”

But while the White House and DHHS tried to alleviate consumer concerns, critics like Ross remain unconvinced that a system so fundamentally flawed can be salvaged with incremental reforms.

“The excuses being offered by the Obama administration are far from reassuring: give more public money to profiteering insurance corporations, or switch to a cheaper plan with much higher out-of-pocket costs and more restrictions on access to the doctors and hospitals of your choice. Nurses know there is only one permanent fixâ€”stepping up work for enactment of a humane health care system based on patient need not private profits that guarantees universal health care for all through an expanded and updated Medicare for Allâ€”the same approach that works in virtually every other country on earth.”

Earlier this year, more than 2,000 doctors put forth a plan arguing the political moment was once again right to put single payer back on the table as a serious and necessary policy proposal.

“Our nation is at a crossroads,” said Dr. Adam Gaffney, a Boston-based pulmonary disease and critical care specialist who co-chaired the working group that produced the proposal. “Despite the passage of the Affordable Care Act six years ago, 30 million Americans remain uninsured, an even greater number are underinsured, financial barriers to care like co-pays and deductibles are rising, bureaucracy is growing, provider networks are narrowing, and medical costs are continuing to climb.”

And during his radio show on Wednesday, journalist and commentator Bill Press said the latest Obamacare news only proves that “Bernie [Sanders] was right” when he said “let’s just go all the with single-payer and get the insurance companies the hell out of the business.”

He continued, “This is one place where Obama really did let progressives down, because there was such a hunger for universal healthcare in this countryâ€”and this was the moment when we could do it. Democrats were in charge of the congress. President Obama had every opportunity. This was the opportunity to get the insurance companies out of the business, to free people from being basically held hostage by [them], and come up with a plan like western Europe has and like Canada has, where every American gets healthcare coverage as a birthright.”

But that’s not what happened. “No, no, no,” Press lamented. “We didn’t go there. We went into this mess called Obamacare.”

This work is licensed under a Creative Commons Attribution-Share Alike 3.0 License

'Get the Insurance, Companies the Hell, Jon Queally, Out' of Healthcare, Perspective, System