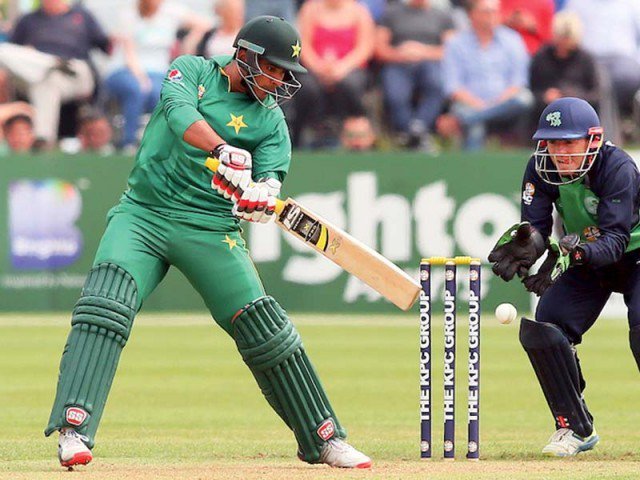 Pakistanâ€™s Sharjeel Khan has made a name for himself in international cricket as a hard-hitting batsman.

And while his aggressive style of play has earned plaudits from around the globe and has all but secured him a place in the starting line-up of Pakistanâ€™s limited-overs squads, the swashbuckling opener feels he can be a valuable player for the country in Test cricket as well.

With the Pakistan Cricket Boardâ€™s (PCB) selection committee weighing the pros and cons of fielding an extra opener ahead of the teamâ€™s tour of New Zealand next month, the 27-year old, who is in consideration for the spot along with Mohammad Hafeez and Shan Masood, is hopeful of making the cut.

â€œItâ€™s always an honour to represent Pakistan in any format but representing the country in Tests would be very special,â€ Sharjeel told The Express Tribune in an interview. â€œI want to prove myself in all formats of the game.â€

He has scored 241 runs in five innings for UBL in the ongoing Quaid-e-Azam Trophy since returning from the limited overs series against the West Indies and he believes his current form makes a strong case for him.

â€œI am enjoying my time on the pitch and I think I am ready to launch my Test career. I am always ready to give my best wherever I am given the chance.â€

Sharjeel, who made his debut in 2013, made an impressive comeback after being sidelined for a year due to a dip in form and has since then played some memorably explosive knocks.

His innings of 152 off 86 balls against Ireland earlier this year gave him global recognition as being one of the most aggressive batsmen of the world, however, the Hyderabad-born believes there is a lot more to him than â€˜just hitting fours and sixesâ€™.

â€œI love to play big shots but my batting is not all about hitting four and sixes,â€ he said. â€œIâ€™ve been focusing on staying longer on the crease and can play shots in any direction.â€

The bulky batsman who simply relishes â€œall Pakistani cuisines, especially biryaniâ€, in his efforts to improve his game, has taken the excruciating path of giving up his love for food in order to improve his fitness.

â€œIt has been difficult [giving up food]. But we have been given a strict diet schedule which I am following and that has helped me reduce my weight by 5kgs,â€ he revealed. â€œProper fitness has become crucial nowadays and I am well aware of it. Our coach [Mickey Arthur] is also very particular about it.â€