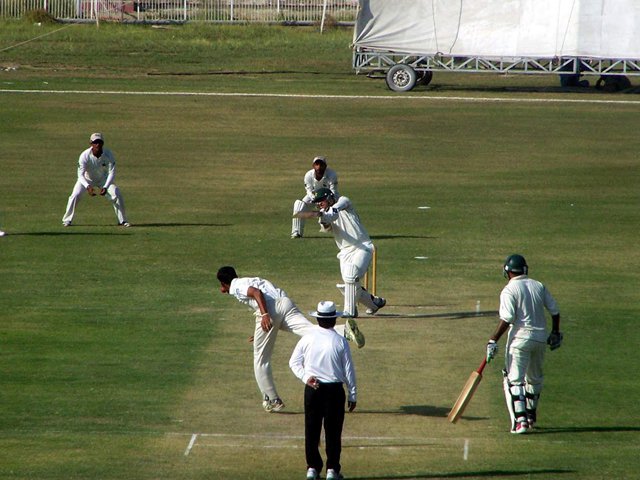 A century by wicketkeeper-batsman Kamran Akmal led WAPDA to a six-wicket win over Peshawar in their fourth round Pool A fixture of the Quaid-e-Azam Trophy at the Arbab Niaz Stadium in Peshawar yesterday.

Chasing 223, WAPDA resumed their innings on 72-4 and reached 224 without losing any more wickets courtesy an unbeaten 164-run partnership between Akmal (116) and opener Adnan Raees (69).

Meanwhile in a Pool B match, a half-century by Agha Sabir helped PIA defeat Rawalpindi by two wickets despite a 100-run knock by the latterâ€™s Sarmad Hameed.

Rawalpindi resumed their second innings on 256-6 and added 78 more runs before declaring their innings on 337-7 and giving a target of 260 runs to PIA.

Hamzaâ€™s heroics no Mir flash in the pan

Meanwhile, the other two fixtures of both pools ended in a draw.

In the Pool A match at the National Stadium of Karachi between Karachi Blues and SSGC, the former resumed their second innings on 185-2 and were on 448-7 at stumps.

The Karachi outfit had made 206 runs in the first innings, while their departmental counterparts had scored 424 runs; SSGC thereby were awarded the point courtesy their first innings lead.

Bowlers dominate as Lahore Blues on top against HBL

In a Pool B match at the LCCA Ground in Lahore between KRL and Lahore Whites, the former resumed their second innings on 123-4 and added 101 runs before declaring their innings on 224-6 and have a target of 318 runs, courtesy their first innings total of 352.

Lahore Whites were only able to make 229-5 at the end of play and fell 89 runs short of the target. Rizwan Hussain top-scored with his 126 off 187 balls, while Mohammad Waheed contributed 37 runs.