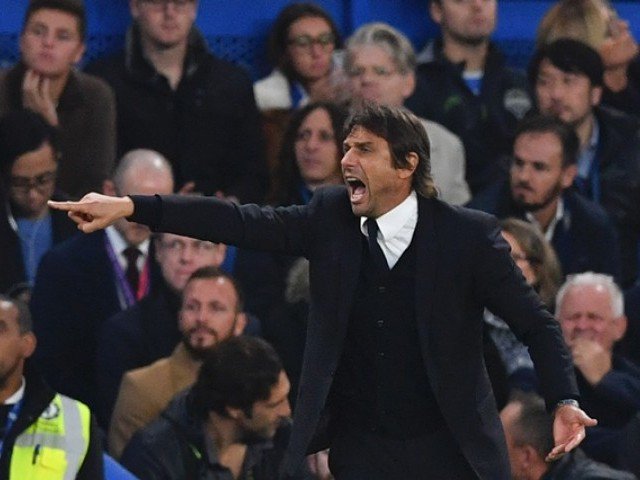 Chelsea boss Antonio Conte says he deserves the same respect he gives others and described himself as â€œa passionate manâ€, after he appeared to upset Jose Mourinho with his touchline antics.

The Italian urged Chelsea fans to ramp up the volume following the fourth goal in the 4-0 win over former Blues boss Mourinhoâ€™s Manchester United at Stamford Bridge on Sunday.

Following the full-time whistle, Mourinho spoke at length to Conte, with reports in the Italian media suggesting the Portuguese said: â€œYou donâ€™t celebrate like that at 4-0, you can do it at 1-0, otherwise itâ€™s humiliating for us.â€

But Conte, 47, speaking on the eve of Chelseaâ€™s EFL Cup fourth-round tie away to London rivals West Ham on Wednesday, said: â€œI think that everyone must show respect for me, for my work, for my job.

â€œIn every game I show myself. I have a history and you can see my history, my past and my behaviours on the bench. The former Juventus manager added, â€œIâ€™m a passionate man, I show this in the past (and) now. I want to stay very close to my players, also to play with them, to help. I always show respect for the opponent, for the other teams, for the other club, and my history speaks for me.â€

Conte, still hoarse from his repeated shouting at the weekend, added he was looking forward to managing a team at the London Stadium, where the large technical area is in marked contrast to the relatively small space in which he operates at Stamford Bridge.

â€œI know that these two teams are big rivals, but in England itâ€™s fantastic the atmosphere during the game, during a match and I hope to see this tomorrow,â€ he said. â€œFor me, itâ€™s very difficult. I have to ask my club to try to change the technical area. My area and also for the other coach.â€

Chelsea captain John Terry was an unused substitute in the recent wins over Leicester and United, but he could start for the first time in six weeks on Wednesday following an ankle injury.

â€œJohn is fit,â€ Conte said. â€œHeâ€™s fit to start, heâ€™s in good shape, but tomorrow I decide the starting XI.â€