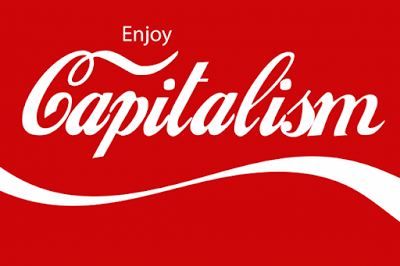 Mosques throughout Britain have hosted Khatme Nubuwwat themed events for years, in which Ahmadi are referred to by the pejorative name ‘Qadiyanis’, are branded apostates, and anti-Ahmadi conspiracy theories are circulated.

“Far from loosening the leash, elites have consolidated power to an unprecedented extent, and they have used their influence to undercut democratic movements and hijack public institutions.”

In 1946, George Orwell pondered the fragility of the capitalist order.

Reviewing the work of the influential theorist James Burnham, Orwell presaged several concepts that would later form the groundwork for his best-known novel, 1984.

“Not only is the best of capitalism behind us, but the worst of it may lie just ahead.”

In his book The Managerial Revolution, Burnham envisioned, as Orwell put it, “a new kind of planned, centralised society which will be neither capitalist nor, in any accepted sense of the word, democratic. The rulers of this new society will be the people who effectively control the means of production.”

“The real question,” Orwell adds, “is not whether the people who wipe their boots on us during the next fifty years are to be called managers, bureaucrats, or politicians: the question is whether capitalism, now obviously doomed, is to give way to oligarchy or to true democracy.”

While Orwell was wary of Burnham’s worldview and of his more specific predictions, he agreed that the relationship between capitalism and democracy has always been, and always will be, a precarious one.

“For quite fifty years past,” Orwell noted, “the general drift has almost certainly been towards oligarchy.”

Pointing to the concentration of political and economic power in the hands of the few and acknowledging “the weakness of the proletariat against the centralised state,” Orwell was far from optimistic about the future â€” but he was quite certain that the economic status quo would eventually give way.

Recent events, and the material circumstances of much of the world’s population, have prompted serious examinations of the same questions Orwell was considering seven decades ago. And though it appears as if rumors of capitalism’s imminent demise have been greatly exaggerated, there is good reason to believe that its remarkable ability to adapt and evolve in the face of frequent (self-induced) shocks has reached a breaking point.

Widespread discontent over stagnant incomes and the uneven prosperity brought about by neoliberal globalization has, in 2016, come to a head in striking fashion; Donald Trump, Brexit, and the rise of far-right parties in Europe have many questioning previously sacred assumptions.

“Is the marriage between liberal democracy and global capitalism an enduring one?” asked Martin Wolf, a formidable commentator in one of the world’s leading business papers, the Financial Times.

This was no rhetorical softball; Wolf is genuinely concerned that the winners of globalization have grown complacent, that they have “taken for granted” a couple that was only tenuously compatible to begin with. He also worries, rightly, that they have downplayed the concerns of the “losers.”

Wolf concludes that “if the legitimacy of our democratic political systems is to be maintained, economic policy must be orientated towards promoting the interests of the many not the few; in the first place would be the citizenry, to whom the politicians are accountable.”

Not all members of the commentariat share Wolf’s willingness to engage with these cherished assumptions, however. Indeed, many analysts have reserved their ire not for failing institutions or policies but for the public, reviving Walter Lippmann’s characterization of the masses as a “bewildered herd” that, if left to its own devices, is sure to usher in a regime of chaos.

“It’s time,” declared Foreign Policy’s James Traub, channeling the sentiments of Josh Barro, “for the elites to rise up against the ignorant masses.”

Apologists like Traub and Barro â€” just two among many â€” speak and write as if the leash previously restraining the “herd” has been loosened, and that the resulting freedom has laid bare what elitists have long believed to be the case: To use Barro’s infamous words, “Elites are usually elite for good reason, and tend to have better judgment than the average person.” They point to the rise of Donald Trump as evidence of an intolerable democratic surplus â€” evidence, in short, of what the masses will do if granted a loud enough voice.

Aside from being conveniently self-serving, this narrative is also false.

Far from loosening the leash, elites have consolidated power to an unprecedented extent, and they have used their influence to undercut democratic movements and hijack public institutions. The resulting concentration of wealth and political power is jarring, and it puts the lie to the farcical notion that elites are a persecuted minority.

But, in the midst of these anti-democratic diatribes, fascinating and important critiques of a rather different nature have emerged.

Instead of urging us to align Against Democracy, to use the name of a recent book by the libertarian political philosopher Jason Brennan, many are arguing that it is capitalism, and not the excesses of the democratic process, that has provided figures like Trump a launching pad.

In his book Postcapitalism, Paul Mason argues that the rapid emergence of information technology has corroded the boundaries of the market; “capitalism,” he insists, “has reached the limits of its capacity to adapt.” And its attempts to reach beyond these limits have fostered an economic environment defined by instability, crippling austerity for the many, and rapid accumulation of wealth for the few.

According to Oxfam, the global 1 percent now owns as much wealth as the bottom 99 percent. CEO pay has continued to soar. And though post-crisis reforms have carried soaring promises of stability, the financial sector is still far too large, and many of the banks harmed by the crash they created are back and nearly as powerful as ever.

Mason summarizes: “According to the OECD, growth in the developed world will be ‘weak’ for the next fifty years. Inequality will rise by 40 per cent. Even in the developing countries, the current dynamism will be exhausted by 2060.”

“The OECD’s economists were too polite to say it,” he adds, “so let’s spell it out: for the developed world the best of capitalism is behind us, and for the rest it will be over in our lifetime.”

Sociologist Peter Frase, in his new book Four Futures, implicitly agrees with many of Mason’s key points, but he then takes up the task of looking further ahead, of contemplating possible futures that hinge largely upon how we respond to the crises we are likely to face in the coming years.

For Frase, not only is the best of capitalism behind us, but the worst of it may lie just ahead.

Central to Four Futures are what Frase calls the “[t]wo specters…haunting Earth in the twenty-first century” â€” “the specters of environmental catastrophe and automation.”

Rather than attempting to predict the future, Frase â€” guided by Rosa Luxemburg’s famous words, “Bourgeois society stands at the crossroads, either transition to socialism or regression into barbarism” â€” lays out potential, contingent scenarios. And while Mason’s book exudes optimism about the advancement of information technology and automation, Frase is more cautious.

“To the extent that the rich are able to maintain their power,” Frase writes, “we will live in a world where they enjoy the benefits of automated production, while the rest of us pay the costs of ecological destructionâ€”if we can survive at all.” And, “To the extent that we can move toward a world of greater equality, then the future will be characterized by some combination of shared sacrifice and shared prosperity, depending on where we are on the other, ecological dimension.”

It comes down, in short, to who wins the class struggle. “I am a very old-fashioned Marxist in that way,” Frase remarked in a recent interview.

None of the futures Frase maps out are inevitable, the result of historical forces that are beyond our control. He is contemptuous of those who cling to “secular eschatology”; capitalism’s collapse, he notes, will not likely be the result of a single, revolutionary moment.

In expressing this view he aligns with Wolfgang Streeck, who has argued that capitalism is “a social system in chronic disrepair,” and that while “we cannot know when and how exactly capitalism will disappear and what will succeed it,” we can know that a system that depends on endless growth and the elimination of all restraints will eventually self-destruct.

The disappearance of capitalism, though, as Orwell understood, does not necessarily imply the emergence of an egalitarian society, one in which resources are shared for the benefit of the many. But while few agree on precisely how to establish the framework for such a society, there are, Mason and Frase argue, policies that can move us in the right direction.

Both, for instance, support the idea of a universal basic income, which, in Frase’s words, would “create a situation in which it possible to survive without depending on selling your labor to anyone who will pay for it,” making automation a path to liberation, not destitution. And Mason rightly argues that, in order to avert catastrophic warming, we must radically reduce carbon emissions.

But the usual political obstacles remain, as does the fact that the “winners” are not likely to hand over their gains, or their positions of power and influence, without a fight. We cannot, then, passively rely on amoral forces like technology to bring about the necessary change.

“Technological developments give a context for social transformations,” Frase writes, “but they never determine them directly; change is always mediated by the power struggles between organized masses of people.”

The future is necessarily disobedient; it rarely conforms to even the most meticulous theoretical anticipations, to say nothing of our deepest desires or fears.

But one thing is clear: The future of capitalism and the future of the planet are intertwined. The health of the latter depends on our ability to dismantle the former, and on our ability to construct an alternative that radically alters our course, which is at present leading us toward catastrophe.

Whether the path to which we are ultimately confined is one that leads to a utopian dream or a dystopian nightmare is contingent upon our ability to connect the struggles that currently occupy the left â€” those fighting for the right to organize are confronting, at bottom, the same forces as those working to prevent the plunder of sacred land.

There are reasons to be both hopeful and pessimistic about the prospects of these struggles.

The campaign of Bernie Sanders, and the movements that emerged before it and alongside it, revealed that there is a large base of support for social democratic changes that, if enacted, would move us in the right direction.

The obstacles, however, are immense, as is the arithmetic: As Bill McKibben has noted, “The future of humanity depends on math,” and the climate math we face is “ominous.”

But, as Noam Chomsky has argued, the debate over the choice between pessimism and optimism is really no debate at all.

“We have two choices,” he concludes. “We can be pessimistic, give up and help ensure that the worst will happen. Or we can be optimistic, grasp the opportunities that surely exist and maybe help make the world a better place. Not much of a choice.”
Read original post here: UK: Muslim Council of Britain anti-terror campaign criticised after ‘unwillingness’ to blacklist ‘kill Ahmadis’ group