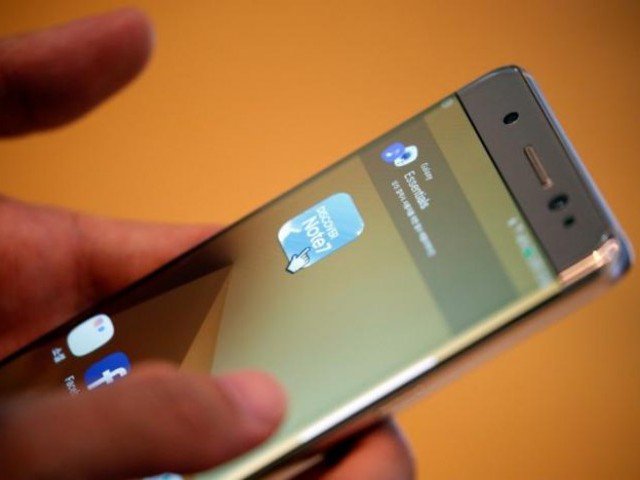 Pakistani owners of the â€˜explosiveâ€™ Samsung Galaxy Note 7 smartphone can now either ask for a refund or get it exchanged, the South Korean electronics manufacturer has said.

â€œSamsung did not launch Galaxy Note 7 in Pakistan but all customers who pre-booked the phone are requested to contact the relevant retailers to get a refund,â€ a statement on the manufacturerâ€™s official website said. â€œWe request everyone with a Galaxy Note7 to back up their data and switch off the device.â€

Samsung will now exchange your Note 7 for Galaxy S8

The gadget manufacturer has offered two options for the Pakistani users to get rid of the smartphone. â€œReplace your Galaxy Note7 with a Galaxy S7 edge and get a refund of PKR 10,000/-Â orÂ obtain refund*,â€ thestatement revealed.

The worldâ€™s top smartphone maker had earlier said it would exchange all Note 7 phones in markets, a costly setback for a company that was counting on the 988,900 won ($892.73) model to bolster sales momentum as rivals such as Apple Inc launch new devices. Aviation authorities and airlines across the world had also issued bans or guidelines prohibiting passengers from turning on or charging the phone inside airplanes in response.

For Samsung, which prides itself on manufacturing prowess, the scale of the recall is unprecedented and deals a huge blow to its reputation. Some 2.5 million of the premium devices have been sold worldwide that need to be recalled, the firm has said, and some analysts say the recall could cost Samsung nearly $5 billion in lost revenue this year.