Here are 7 worth waiting ‘features’ of Samsung Galaxy S8 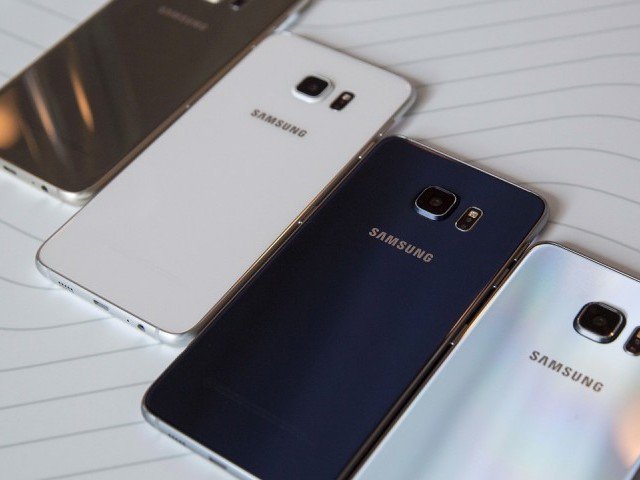 Here are 7 worth waiting ‘features’ of Samsung Galaxy S8

Rumours suggest Samsung might release a new flagship smartphone as early as February next year as the company tries toÂ recover lost ground after the Note 7 fiasco.

The tech giant issued a global recall and suspended production of its Note 7 smartphones after news of the device catching fire attributed to faulty lithium-ion batteries.

Samsung is rumoured to release the Galaxy S8 on February 26, 2017, one day before Mobile World Congress begins. The device is expected to haveÂ several minor changes; however, some of the features might prove asÂ game changers for the ill-fated smartphone manufacturer.

Hereâ€™s a list of 7 features the Galaxy S8 is rumoured to pack which might make it worth waiting for:

1. Full edge to edge display without a physical home button

Reports suggest Samsung might remove the physical home button in favour of a digital one featured on most Android devices. The new device might also feature an edge to edge display, allowing for a larger display without the need to increase the phone size.

Apple, Samsungâ€™s biggest rival in the smartphone business, might also remove the physical home button from its smartphones next year. The move will then give Samsung a much needed edge over its competitor.

4K is the future and it would only make sense if Samsung upgrades it new smartphoneâ€™s display to the higher resolution from its current Quad hd panels. â€œNot only will this allow Samsung to market the smartphone as having one of the sharpest screens of any mobile device, it also makes the S8 into a suitable platform for the next generation of mobile VR,â€ says Forbes contributor Ewan Spence.

The 4K display might make the Galaxy S8 the most suitable device for virtual reality headsets.

Samsung flagship devices pack the latest in terms of hardware and the Galaxy S8 may feature the fastest processors available. Chip manufacturer Qualcomm revealed details about its latest Snapdragon chipset at a summit in Hong Kong this week. The new chip is expected to support download speeds of up to 1Gbps. Whereas the Exynos 8895 is reported to have a 3GHz maximum speed and a 70% improvement in image processing efficiency compared to its predecessor.

Following Apple, Samsung is also rumoured to abandon the headphone jack and use the USB-C port for audio instead. The tech giant released a pair of wireless headphones dubbedÂ the IconX earlier this year but we can expect a headphone jack adapter with the new phone.

6. Two sizes, both with curved displays

Samsung releases two variants of its Galaxy S lineup â€“ flat screen version and an â€œEdgeâ€ version that features a bigger curved display. However, rumours suggest we should expect both versions to have a curved display with the major difference being the display size for the two phones.

Samsung Galaxy S8 might pack a powerful Mali G71 graphics chip. â€œThe Mali-G71 GPU is scalable from one to thirty two cores and delivers up to 20% better energy efficiency, 40% better performance density and 20% external memory bandwidth saving compared to Mali-T880 under similar conditions,â€ says ARM in the description of the Mali-G71 website.

The article originally appeared on Forbes